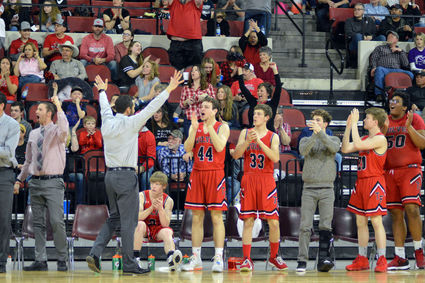 The Three Forks High School boys basketball team will be playing Saturday night for a Southern B Divisional Title. For the second straight day, the Wolves came out of the gates strong and defeated top-ranked Huntley Project 45-37 in a semifinal matchup at the MetraPark Arena. The Wolves will be seeking their second Divisional title in three years Saturday at 6:30 p.m. against the winner of Lodge Grass and Manhattan. The win avenged a season opening 54-38 loss to Huntley Project.

Following the game, Head Coach Terry Hauser said it was amazing to hold them to 37 points.

He also lauded the...