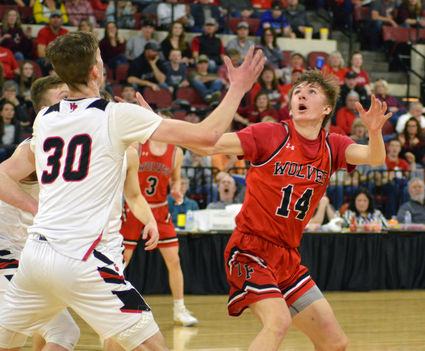 Dustin Dalke returned for the Wolves at the divisional tournament. He had missed the previous four games due to injury.

For the third straight season, the Three Forks High School boys basketball team is heading to the Class B State Tournament. The Wolves finished second at last week's Southern B Divisional Tournament and will open state Thursday night against Deer Lodge. The game is scheduled to take place at 8 p.m. at the Butte Civic Center.

The two teams both finished second at their divisional tournaments and the opening round game at state will be a rematch of a February 14 game where the Wolves picked up a 46-40 home victory.