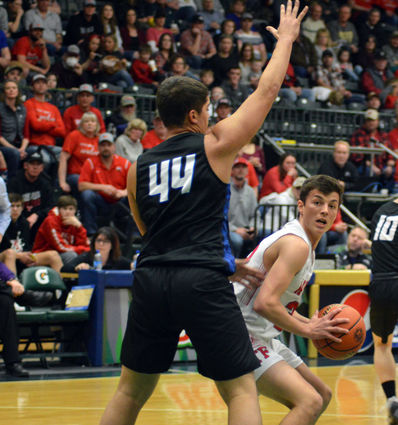 Austin Allen works inside against Fairfield.

Just seconds after the Three Forks High School boys basketball teams 58-39 semifinal loss to Fairfield in the semifinals of the Class B State Tournament, the public address announcer at the Butte Civic Center announced the rest of the state tournament had been canceled. The Wolves (20-5) who had battled through two key injuries and still managed to win the 5B District regular season and tournament titles, finish second at the Southern B Divisional Tournament and win a quarterfinal game at state would not have an opportunity to play for a chance at third place.

Shortly after the game, Head...