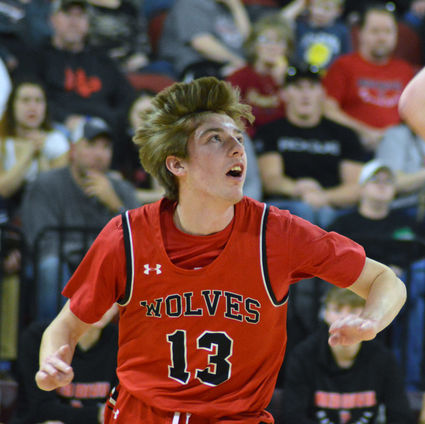 Zach Pitcher (above) and Kendall Lynn (below) were two of five Three Forks players who were recently recognized by coaches in the 5B District. File photos

Micaiah Hauser and Dustin Dalke were both named to the 5B District All-State and All-Conference teams. Not only were they the two top scorers in 5B, but the two also played during the postseason with significant injuries.

Hauser found out last week Dalke had refractured his fibula and it was worse than when he injured it late in the regular season.

"He battled and played for two weeks on a fractured fibula. That's' some heart right there," he said.