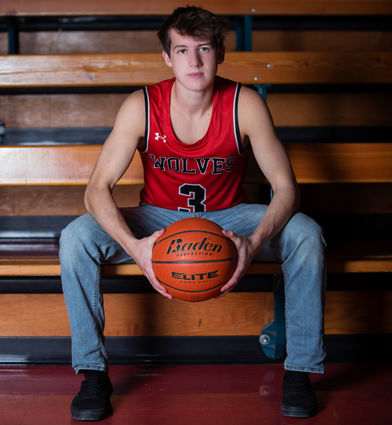 "I'm super excited. I've always wanted to play college basketball since I was little and a couple of days ago it came true," Hauser said.

An all-state player as a senior, Hauser averaged 20.4 points, and 6.7 rebounds during the 2019-20 season and helped lead his team to a 5B District regular season and tournament title, a second-place finish at the Southern B Divisional Tournament, and a trip to the semifinals of the state tournament.

"A tough, tough competitor who has been coached well throughout his upbringing and overcame injury hurdles, Micaiah is a true example of hard work. We love what he brings to the gym each day. Micaiah is very athletic and truly possesses the grittiness that you see, and that is needed, in the Frontier Conference. As with anyone making the jump to four-year basketball, there is a learning curve. That being said, he is a student of the game who has proven time and again that he can take on and overcome challenges with the best of them," he said. "Micaiah is a great student who works very hard at his studies as well. We feel he epitomizes what our team is about and will fit in well and enhance who we are. MSU-Northern and Havre landed another quality guy today."

Hauser said the coaching staff at the school really seemed invested and interested in him and he always wanted to go to a place like that.

Hauser had numerous huge moments during his playing career in Three Forks including helping his team to three straight state tournaments.

During his sophomore year, Hauser scored a game-high 25 points in the Southern B Divisional Tournament final against Lodge Grass.

"Payden (Lynn) had got hurt so someone had to step up. I played good that tournament. We ended up winning and no one thought we would do that," he said.

During his junior year, Hauser hurt his knee during the football season and would sit out a lot of the year in basketball. He would however return and once again play a key role in leading his team to state.

"It was pretty frustrating sitting and watching. When I came back it was good to play, but I wasn't really at 100 percent, so it was tough," he said.

After missing the majority of his junior season, Hauser knew this could hurt him with his college recruiting and the importance of having a good senior year.

This is exactly what he did.

He shined throughout the season, and after an injury to fellow all-state player Dustin Dalke, Hauser had a three-game stretch where he scored 42, 32, and 34 points.

Unfortunately, he would once again have to play through injuries after injuring a finger during the 5B District Tournament, and a finger on his shooting hand during the championship of the Southern B Divisional Tournament. 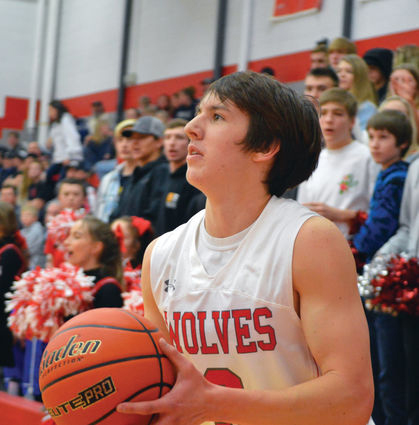 "It was frustrating. I wish those injuries never happened. I guess you just have to fight through adversity and deal with it. If we wouldn't have had the injuries, we would have had a lot better shot at winning state. But we still got to the semifinals and had a successful season," he said.

"Great kid with heart that you just don't find anywhere," he said.

Looking back on his time in Three Forks, Micaiah will remember the good times on and off the court.

"Staying at the hotels at divisionals was always fun, the summer tournaments when we were all together, and when we were all just hanging out. It was great. The community is great. They always come and pack the gym at home games. It's just great being a Wolf," he said.