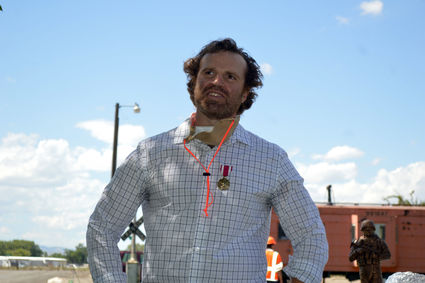 Three Forks Mayor and Sergeant Major (USA) Sean C. Gifford was honored in late July for his 21 years of service to the United States at a special retirement ceremony in Veteran's Park.