Three Forks Mayor Sean Gifford and other local residents have been working hard to get a portable ice rink once again in Stevenson Park.

According to the Mayor, they have received some donations and a generous grant, but are approximately $3,600 short of their goal. Mayor Gifford described the rink as 50x100 feet noting it will come in a kit with two-feet high boards. 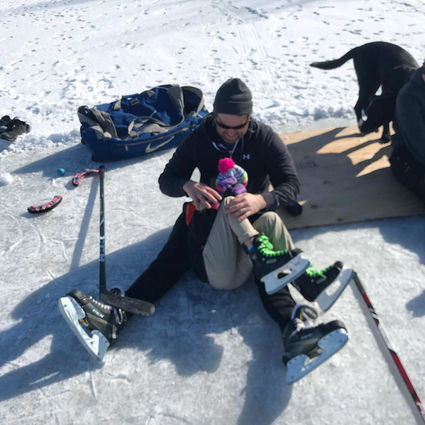 "Given the cost of construction materials at the moment this is the most economical route. Another plus is the durability of the materials in the kit will allow us to use it for years to come," Mayor Gifford said in a Facebook post.

Donations can be made at V-42 Fitness or at City Hall.

Earlier this year, Three Forks resident Ben Linkenhoker reported a group including the Mayor had been getting together near the David DeLaittre Memorial Park to play hockey and skate and discussed the possible future rink in town.

He said many smaller towns across Montana now have ice rinks including Philipsburg who has a very popular tournament in the middle of January, adding this would give local residents something else to do.

He knows it will be a slow process to build up a culture of hockey players in town but said it has been a lot of fun for those who have been coming down to the pond.