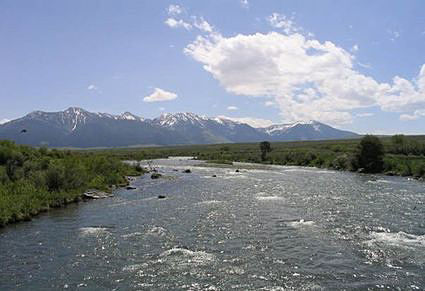 The rules regulating recreation use on the Madison River will be official on Dec. 24, even though nearly all of the rules, as adopted by the Montana Fish and Wildlife Commission, won't be implemented until 2022.

The rules are a culmination of nearly three years of work among interest groups, the public, the Commission and Montana Fish, Wildlife & Parks staff. This effort involved many hours of public meetings, much public comment and significant collaboration between groups interested in seeing a plan put forth for recreation on the Montana's most popular river.

"This really is something that was wrought out of many hours of work by people both at FWP and citizens dedicated to seeing a collaborative process come to fruition," said Fish and Wildlife Commission Chair Shane Colton. "It is a landmark step for the Madison River and for the people and businesses who depend on it for their livelihood and enjoyment."

The rules approved by the commission in November began, essentially, as two different rulemaking petitions to the commission earlier in the summer. One petition was from a group of sporting groups including the George Grant Chapter of Trout Unlimited, Skyline Sportsman Association and Anaconda Sportsman Club's. The other petition was from the Fishing Outfitters Association of Montana.

Though the petitions had some similarities, they conflicted in other areas which would have required the commission to craft a solution to resolve the differences. However, at the last minute, the petitioners got together and came forward with a compromise. The commission took more public comment at their November meeting and made a few more changes to the proposal before approving new rules.

"The rules adopted represent what ultimately was a huge collaboration and is a result of not only interest groups and stakeholders coming to the table, but also some very detailed public comment," said FWP fisheries division administrator Eileen Ryce. "There were many different issues at play in these petitions-including commercial versus noncommercial use, boat versus wade fishing, access site acquisition and maintenance-and what resulted was a true compromise where all parties gave a little and got a little. We hope the collaborative efforts to manage recreation on the river will continue with the soon-to-be formed work group."

o The total number of guide trips per outfitter and guide will be capped at the number of trips reported in either 2019 or 2020, whichever number is higher.

• A rest and rotation system implemented in 2022.

o This will be a trial effort and reviewed by the Fish and Wildlife Commission in 2023.

• Changes to the walk and wade sections on the river that will be implemented in 2022.

o The new rule will allow fishing from a boat on Saturdays and Sunday ONLY from June 15 to Sept. 30 from Raynolds Bridge FAS to Lyons Bridge FAS.

o The work group will have diverse membership including but not limited to commercial and non-commercial users, Madison Valley business people not associated with outfitting, a member of both the Commission and the Bureau of Land Management and an at large member. 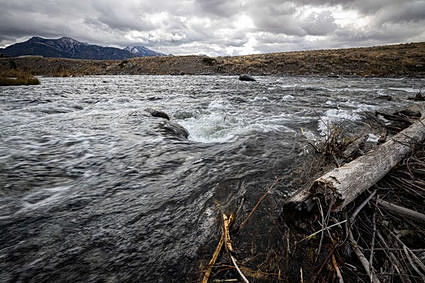 o The group may develop recommendations concerning the allocation of commercial use trips to outfitters, a process to permit new outfitters, rule language to address recreational use on the Madison River, including future proposals to change the rules relating to the walk/wade and rest/rotation rules, and consequences of permit violations.

• The rules do immediately call for mandatory reporting by all recreational users on the Madison River. The department is working to develop a way for this to happen. The information gained will help inform future decisions by the work group and Commission.

The rules will be posted on the Montana Secretary of State website on Dec. 24.