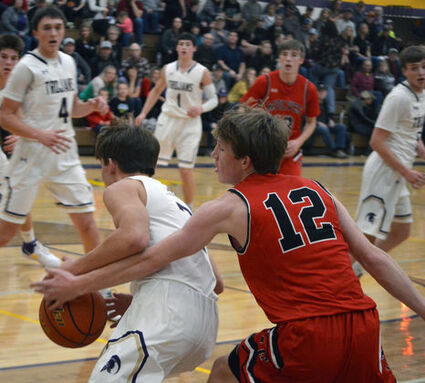 For the past three seasons, the Three Forks High School boys basketball team has advanced to the state tournament including a run to last year's Class B Semifinals.

While there are certainly high expectations for the team as they open their season Saturday, January 2 with a home matchup against Columbus, Head Coach Terry Hauser is also very appreciative to all those who have helped make Three Forks one of the premier programs in Class B.

"We have had some great success and one of the biggest reasons is the coaches that volunteer their time to coach the kids in elementary school and junior high and take them around to spring tournaments," Hauser said.

During his first few years as head coach Hauser would coach a group of players his brother Taylor coached as they were growing up and said his sibling did a fantastic job.

"I believe that is one of the biggest reasons for our success. Especially since my brother's coaching style was the same approach I have, and probably more intense. So, they knew exactly what I expected, could handle me getting on them, and embraced my intensity," he said.

Much like his last few classes to graduate, Hauser feels the group of juniors this year also had great coaching throughout their journey to the high school level.

"The junior class I have now was the same way. A few of the player's parents coached them from 5th grade on and we still have parents willing to do that such as Steve Fanning and Brent Reichman who have a 6th-grade travel team. Andy Hessen and Tyler Palmer have coached the 8th-grade class going on three years. All the success we have had wouldn't be possible if they weren't playing and learning the game the correct way, getting taught the basic fundamentals at a very young age. Makes my job a lot easier," he said.

Along with the coaching at the earlier levels, Hauser feels another big factor in their success is getting the kids to buy in and trust the process.

"To the 'family' atmosphere we preach on and off the floor which they have gone above expectations in trusting us coaches in what we preach day in and day out. The expression I use is 75% of coaching is getting the kids to run through a wall for you if that's what was asked. Then once you start winning it becomes contagious. Kids watch and want to accomplish what previous teams have and they can't wait for their turn. They are ready to scoot closer to the coaches on the bench when it's their time," he said. "Kids step up that you wouldn't expect because they work hard in the offseason wanting the success of the teams in the past. The last thing is great leaders, great kids that are examples for years to come for the future Wolves coming up in our program. I'm sure the kids get sick of me telling them about past players and what they have done to pave the way for our team this year and years ahead."

Prior to each season, Hauser is always asked how he replaces a talented group of seniors, with the Class of 2020 including Micaiah Hauser, Dustin Dalke, and Zach Pitcher and his answer is always the same --- you can't.

"I don't believe you ever replace guys like that it's not possible. I don't expect this year's team to be like last year's we are a completely different team, so we find different strengths to exploit and weaknesses to work on," he said.

"Owen and Austin have great experience and will have a ton of success for us for the next two years. They are also buying into the process and becoming great leaders themselves. Owen is one of the most talented scorers I've ever coached. He can score in multiple aspects of the game. He's a great shooter but finishes at the rim as good as anyone I have seen so our job is putting him in positions, he's comfortable with and a threat on the floor. He knows his job now is to figure out how to lead us in the right way and create opportunities for his teammates because there will be a ton of focus on him from teams defensively," he said.

Hauser described Allen as a natural leader and a hard-working kid with great leadership skills.

"My assistant coach made a joke about Austin explaining to him quite often what we are doing on plays and drills because he's new to coaching this year. That shows his knowledge of the game is superior," Hauser said. "The junior class is eight deep. I expect great things from all of them in the next two years. They have been waiting patiently for their chance and it's available to them now and I am confident they will step up to the challenge."

Along with the two returning starters, Hauser is also expecting big things from newcomer Jacob Bucignani who will run the point for the Wolves.

"I am so thankful he decided to go to school at Three Forks this year. He was homeschooled last year and started for the homeschool team in Bozeman. He is going to turn some heads this year," Hauser said.

The Wolves staff is also expecting big things from Walker Page and Collin Stone who Hauser said has really come a long way this year.

"They put in a lot of work in the gym and more importantly in the weight room, so I expect those two to play significant roles," Hauser said.

Mayson Shivley will also return for Three Forks and Hauser said if he can get healthy, will be the motor for the team.

"He is a defensive machine and rebounds well and is also a tremendous leader. He is still leading from the sidelines at practice, always talking to the kids encouraging them, and bringing energy even though he isn't participating yet. He played about 10-15 minutes a game last year so also brings some experience along with Austin and Owen," he said.

Just hours after the first confirmed cases of COVID-19 in Montana in March, the MHSA made the announcement at the conclusion of the Wolves semifinals game against Fairfield that the remainder of the tournament would be cancelled. With the cancellation of summer games and camps, this was the last time Three Forks faced any sort of competition. 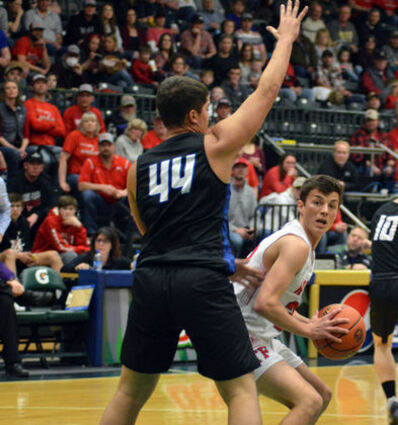 "The kids are really eager to play someone else and stop beating up on each other. That's going to be the same for every team though considering the summer we unfortunately had. Kids are resilient, I am always so impressed with not only the athletes in our school but the student body because they don't complain just happy to be able to compete and be at school with their friends and teachers," he said.

It's been a while since they have played as stated before so it will probably be a little sloppy from both teams especially at first. I will talk to them about controlling their energy and not getting overly excited because that tends to happen, and the first 5 or 6 possessions end up being a lot of fouls and turnovers. Most importantly staying focused on what we have practiced staying disciplined. It's exciting and I can't wait to get going," he said