Trailing 33-21 at half to visiting Columbus, the Three Forks High School boys basketball team regrouped during the break and would cut the lead to as little as four in the second half. Unfortunately, the valiant effort would eventually fall short in the season-opening 60-51 loss.

Head Coach Terry Hauser said his team has a lot of players without varsity experience and nerves played a factor in the slow start. He added they were not doing things the coaching staff preaches in the first half and were not following the game plan which was to play inside out. 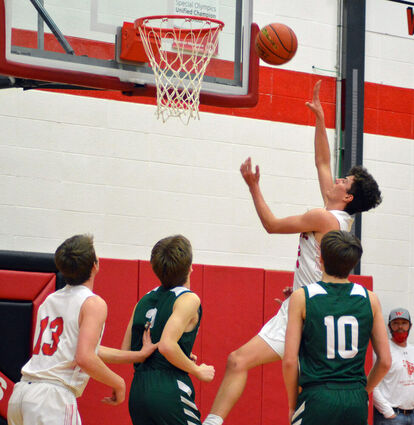 Hauser was pleased with how the team responded in the second half and the way they were able to get the ball to junior Austin Allen who had 15 of his game high 22 in the last two quarters.

The Wolves will next be in action Friday, January 8 at Manhattan.