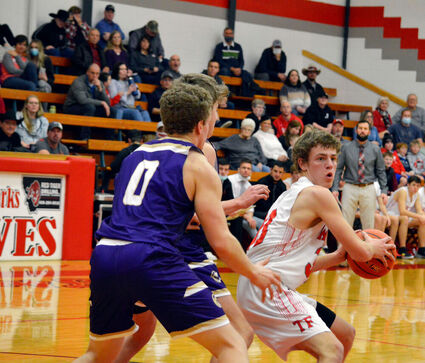 Throughout the start of the 2021 season, the Three Forks High School boys basketball team has shown flashes of what could be a very dangerous team come tournament time next month.

Their potential reached a boiling point last Saturday when the Wolves outscored visiting Boulder 23-3 in the second quarter on their way to a 60-51 victory. One night later, Three Forks would go on the road and defeat Whitehall 64-58 to pick up their third straight conference win.

After trailing 16-15 at the end of the first quarter against Boulder, Three Forks would light up the scoreboard in the second and fin...