Next week will serve as an opportunity for local residents to come together in the spirit of community and patriotism. VFW Post 7621, American Legion Post 93, American Legion Auxiliary, Boy Scouts of America, and Three Forks Masonic Lodge 73 are hosting a 2021 Americanism event in Three Forks on Tuesday, February 16. 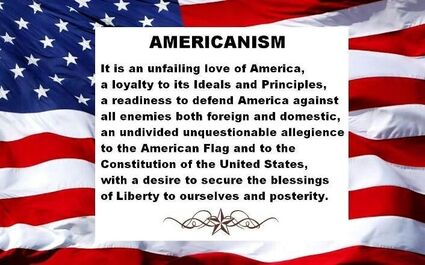 The event is usually held indoors, but this year will take place outside starting with the National Anthem at 6 p.m. at Veteran's Park and will be followed by cruising on Main Street. The event will conclude at 7 p.m. at the Christian Center with the recognition of local winners of the VFW Patriot's Pen and Voice of Democracy contests. VFW Post 7621 Commander Matt Bugland said since they introduced the Voice of Democracy auditory and Patriot's Pen essay contests it has brought more people to the event and reached out to a younger generation.

In the past, the Americanism event has included songs and guest speakers, but this year Bugland said it is not the best time to have people together in a small room.

Bugland also stressed that Americanism is not about politics, it is instead about coming together at a crucial juncture for time for not only the country but for the Three Forks community.

He said hopefully they can use the event as a way to look back at the past and see what we did right and project that moving forward.