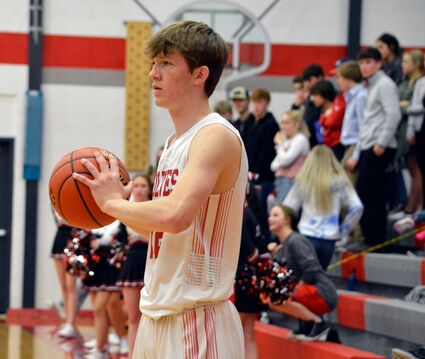 Owen Long was All-State and All-Conference.

Three Wolves basketball players were recently honored by the coaches in the 5B District.

Three Forks High School junior standout Owen Long was selected to the 5B All State team and was also first team All-Conference.

For the girl's team, junior Jayden Woodland was selected second team All-Conference for District 5B.

According to 5B District President Dan Sturdevant, the players are voted on by the District 5B coaches, and the coaches cannot vote on their own players.