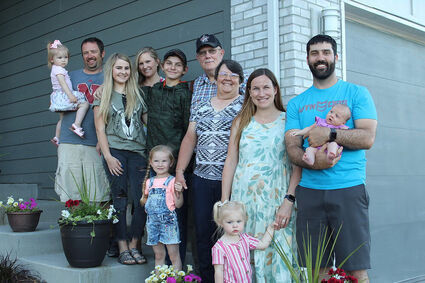 "Everything we owned in 2 horse trailers," describes Deanna Thurston of her family's move to Three Forks June, 1990 from Nebraska, where Deanna was born and raised.

Her husband, Brandon, was also from Nebraska but attended high school and Vo-Tech in Montana before returning to Nebraska to manage his grandparents' ranch.  After they got married the ranch sold so the Thurstons decided to join his family still in Montana.

"Brandon worked various day jobs then got on at the Trident cement plant, Holnam at the time."

After the youngest of their three boys started school, Deanna joined them, working in the Three Forks school's kitchen then added driving a school bus. Deanna's big smile is a great way for the school children to start and end their school days.

"I love both my jobs and the kiddos," says Deanna.  "We love the mountains, enjoy camping, fishing and the PBR rodeos.  We love Three Forks for its small town feeling and friendly community."