Alice was born on January 24, 1928 to Emma (Pederson) and Sam Duffey and grew up at the family's homestead on Upper Deer Creek, east of Big Timber, Montana. She graduated from Big Timber High School in 1945 and married Keith Gottlob on November 19, 1950. They worked for several ranches throughout Montana before landing on the Lower Madison River working for Buck and Marcia Anderson's Climbing Arrow Ranch. Alice and Keith lived and worked "out on the Madison" for twenty years and raised their five children: Jan, Jeff, Jayson, Julie and Jon. After all the kids graduated from Three Forks High School, Alice and Keith worked the ranch's summer headquarters near Francis, Montana, where Alice cooked for all the hired men for the next ten years.

Alice and Keith retired and moved to Three Forks in 1991. In 1999, after nearly 50 years of marriage, Alice lost her husband Keith to a heart attack. Alice continued to volunteer at the Three Forks Food Bank, Senior Center and Headwaters Heritage Museum and was an active member of the Methodist Church. 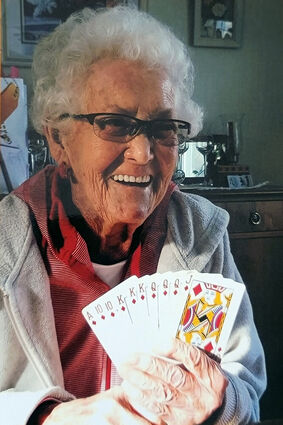 A celebration of life will be held at the United Methodist Church in Three Forks on Saturday, May 15 at 1:00 p.m. followed by a reception. Internment for immediate family will be held Sunday, May 16 at Mountain View Cemetery in Big Timber.

Donations in honor of Alice can be made to the Three Forks Food Bank, Senior Center or Headwaters Heritage Museum.