Elaine married Joseph Eva on June 18, 1970. Together they settled down in Three Forks, MT and raised three kids. Elaine was employed in many different fields in her lifetime, including owning and operating a house cleaning business. In her free time, she enjoyed crochet, watching her grandson wrestle, long conversations with close friends, scenic drives, and camping. She was an avid watcher of crime television shows and a horror movie buff. Elaine also had a generous love for animals and would enjoy animal watching out her windows. She would often name the wild animals that frequented her yard and opened her home to many pets throughout her life. 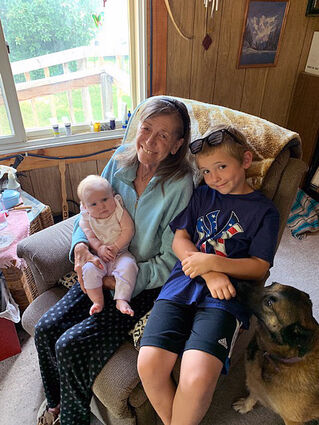 A service of remembrance will be held at 2 PM Friday, April 16 at K&L Mortuary. Internment will be at Fairview Cemetery, Three Forks. Reception will follow at Shy and Guy Zeiger's home, 700 Airport Rd, Three Forks.