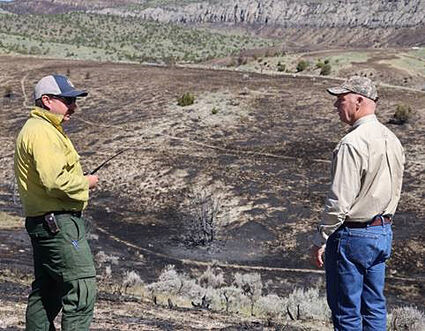 The was first reported at 3:37 p.m. June 9 on private land six miles southwest of Three Forks on the west side of U.S. Highway 287 and the north side of MT Hwy 2 in Jefferson County.

Local, state, and federal firefighters were quickly on scene including departments from Gallatin, Broadwater, and Jefferson County. Officials reported the areas of the fire were very steep and inaccessible by engines and four helicopters dropped water on the first day to prevent the fire's forward progress.

At a stakeholder meeting Friday at the Three Forks Ambulance Barn, Incident Commander David Hamilton praised the first firefighters who arrived on the scene Wednesday afternoon.

Hamilton said those involved with the initial attack deserve credit for nailing the fire down where it is.

He also thanked Three Forks Mayor Sean Gifford for his assistance. Hamilton added the fire was human-caused but did not release any further information. 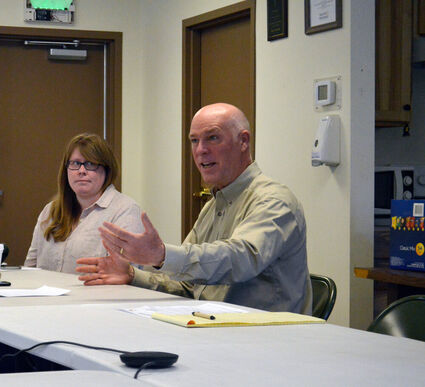 "Our big thing is making sure we are mitigating risk to our firefighters and not exposing them to more than what we should be," he said.

Governor Greg Gianforte was in attendance at the meeting and said for the safety of our communities and firefighters for Montana residents to please be careful.

"This was a man-made fire. Eighty percent of the fires we see are man-made, and we can be more careful when we are out there," Gianforte said. "We will get the resources to get through this fire season. The outlook is not great, and we expect July to be a tough month."

There were not structures reported damaged or injuries related to the fire. Law enforcement officials did provide a pre-evacuation notice. There were 54 structures in the fire area.