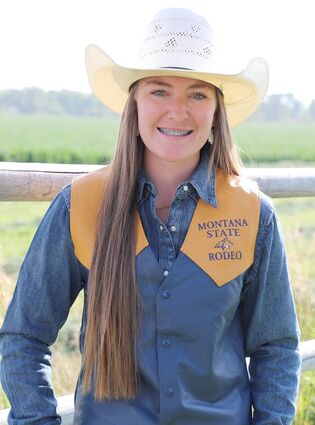 Moeykens of Three Forks came from fourth place to win the barrel racing title. Her time of 13.99 seconds was the fastest of the week and won the final round. The freshman business and marketing major at Montana State also won the first and the third rounds of barrel racing and earned the Women's Rookie of the Year title.

Paige Rasmussen of Montana State finished tied in first for the Women's All-Around title with Jill Donnelly of Cochise College. Both finished with 180 points.

Editor's Note: Information from this article was taken from a CNFR Media Release.