Mayson Shively did last week what no player in Gallatin Valley Outlaw history had accomplished.

The soon-to-be senior at Three Forks High School pitched a perfect game in a 22-0 five-inning win over Mead (Spokane) at the annual Gjerde American Legion Baseball Tournament in Lewistown. The game was shortened to five innings because of the Legion run rule. 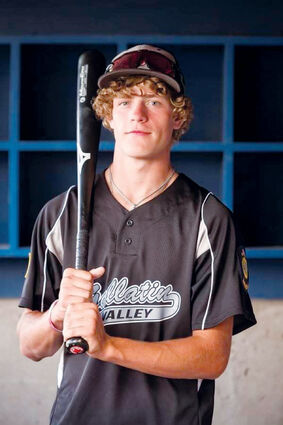 After not allowing a baserunner in the first four innings and his team taking care of business with their bats, Shively said nobody talked about what he could accomplish during his last half inning on the mound. He also admits he sort of blacked out during the final final three outs.

Shively and his Outlaw teammates were all ecstatic about his accomplishment.

While happy with the victory and how the team has been playing, Shively and the Outlaws have much bigger goals for the 2021 season.

After returning the entire roster from last year's team, Shively said they have the ultimate goal of winning a Class A State Title and advancing to the Regional Tournament later this summer in Alaska.

Shively, who is also a starter for the Wolves basketball team, said he plans to play baseball in college and currently has three scholarship offers.