What 'waters of the U.S.' means for Montana

The Environmental Protection Agency under Trump stripped Clean Water Act protections from many of the state's streams and wetlands. A new administration is signaling its intent to restore regulatory oversight 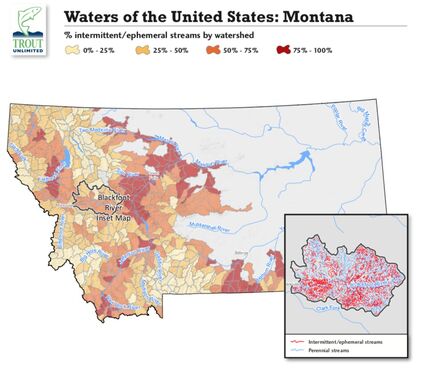 The Environmental Protection Agency is taking a close look at a 2020 rule that removed Clean Water Act protections from a significant number of waterways across the country, including a huge number of smaller streams and wetlands in Montana.

Earlier this month, the agency announced its intention to revise the rule's definition of "Waters of the United States," which outlines which water bodies fall under the regulatory purview of the Clean Water Act, the 1972 law that established pollution protections for America's waterways. That definition is a moving target that is subject to judicial...