The Montana Department of Transportation is hosting an open house and virtual public meeting to discuss the ongoing Headwaters Rest Area Project.

The Montana Transportation Commission unanimously voted in April to approve a staff recommendation on a design-build contract for the new rest area at Interstate 90 exit 274 in Broadwater County near Three Forks. The new facility would replace the current rest area at the 19th Avenue Interchange in Bozeman.

A public open house is scheduled for Tuesday, July 20, from 4 p.m. to 7 p.m. at Headwaters Livestock at 25 Wheatland Road. A virtual public meeting is planned for Wednesday, July 21 at 4 p.m. Registration is required for the virtual meeting and can be found at https://www.mdt.mt.gov/pubinvolve/headwatersrestarea/.

Along with MDT officials, Montana Rest Area JV Partners (C.A. Rickert and Associates/Diamond Construction Joint Venture) team representatives will also provide an overview of the new rest area plan, including design features and safety plans and the value that rest areas serve to the traveling public. A timeline of the construction will also be presented. Team members will be available to answer questions.

According to the MDT, the new facility will be located approximately 3,000 feet north of I 90 on the west side of US 287, just north of the existing commercial development.

The transportation commission voted unanimously to award the contract at their April meeting to Montana Rest Area Joint Venture Project for $2,693,888.

The design-build project provides a property exchange for the current Montana Rest Area located at 19th Avenue in Bozeman. The appraised value of the site is $3,818.888. The RFQ for the project states in addition to procuring new property to relocate the existing rest area, the successful firm is also required to design and construct a new single-unit rest area facility along and adjacent to I-90.

According to the MDT, the new rest area must be located at an existing I-90 interchange between the existing site and the Milligan Canyon Interchange at MP 267. The new facility is not allowed to be east of Bozeman, and MDT's current site will not accept Bozeman or Belgrade's location.

Prior to the vote in April, Engineers Kevin Christensen and Jake Goettle both discussed the project with the commission.

Christensen said when they built the current rest area in Bozeman, there was not much there except the rest area and interchange, but that area has grown tremendously and is currently developed and congested. He said the City of Bozeman began to indicate to them the location of the rest area was undesirable, and the congestion was causing them some concern.

Christensen said the MDT agreed with the city about it not being an ideal place to house a rest area, but it wasn't a priority.

After being put in contact with a developer, Christensen said they learned of the "interesting concept" that would provide the MDT with a new rest area in exchange for the existing property, and they began to explore what he described as a "real innovative process."

In an April interview, Marty Matsen, Community Development Director for the City of Bozeman, said they did not initiate the project, but after being approached by a private developer, they have written letters of support for the project. Matsen said they feel the project could be great for commercial development in Bozeman.

Goettle told the commission that two firms responded to Requests for Proposal in February, and the apparent best value and staff recommendation was for the Montana Rest Area Joint Venture Project for $2,693,888. Because the amount is less than the appraised value, the state would be getting a credit of $1,125,125 from Montana Rest Area Joint Venture Projects.

A Town Pump/Dick Anderson Construction team had also submitted an RFP for a total of $3,818,888. 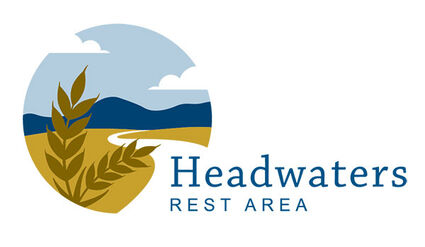 Commissioner Shane Sanders said because it was up to the contractors where this project would be located, there was no way to seek public comment beforehand. He said once people became aware of it, there has been several comments of concern, specifically from those in Broadwater County, where it will be located.

He told commission members it is important for them to know there will be some public comments that are disfavorable.

MDT Butte District Administrator William Fogarty said in March residents in the area would have the opportunity to provide their feedback during the permitting process through both the Department of Environmental Quality and Broadwater County.

Comments about the project can also be sent online at https://www.mdt.mt.gov/mdt/comment_form.shtml