The world became brighter with the birth of Leona Mildred Weldele Harmon on February 27, 1942. Born the twelfth child of thirteen to George and Myrtle (Vick) Weldele of Scobey, MT, she passed peacefully on July 9th, 2021.

Leona was a bubbly little girl, always talking and asking questions. She loved the outdoors, making mud pies and playing games with her siblings.

Leona attended school in Scobey, MT, Detroit, MI and graduated from Billings Senior High, Billings MT Class of 1960. She continued her education with a degree from Billings Business College and put those skills to work as Bookkeeper for an Electric Company where she was also known as the only female in the business rewinding motors, a job she truly enjoyed. Leona was a member of Beta Sigma Phi and helped throughout the years with children and church activities. She also worked at the Miles City VA Hospital, the Manhattan Post Office and the Belgrade City Clerk's office.

A co-worker at RCA Distributors knew her love of dancing and introduced her to a young and dashingly handsome man, Howard Harmon of Sydney, MT, who became her twirling partner for the next 57 years. They waltzed down the aisle at St. Patrick's Co-Cathedral on March 14, 1964. Leona and Howard started married life in Miles City, MT and moved to Lewistown where they began the beginning of her greatest joys with the birth of her son Michael, followed by Kelly and Tyler who joined them in adventures at homes in Logan and Manhattan. Leona's house became a hub for her boys and all of their friends. A gathering place where all were welcome and laughter was a constant and infectious reminder of her humor and sharp wit.

Leona had the greenest thumb in town, all could see her beautiful flowers and abundant garden and her house was filled with houseplants; and coffee cups because she loved company and would always have the pot on and treats on the table. "Bid or Bunch" was often heard but watch out she was a card shark who knew her game! She was the Queen of Pinochle and many fun hours of laughter, great conversation and memories created around the card table. A few of Leona's favorites included chocolate, making crafts, Jeopardy and all things ladybug.

Leona and Howard traveled to many Western States and Canada and a special trip to Bermuda as well. Eventually they were drawn back to the mountains and Family...retiring in Three Forks. 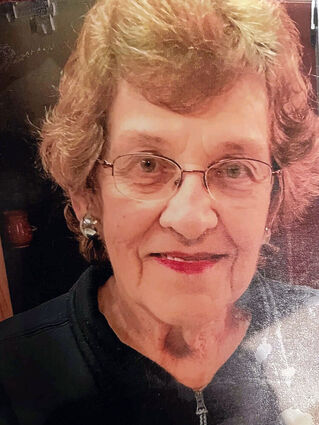 Leona enjoyed every minute of life with her husband, her family and her friends. Life and time were precious to her and all of us will forever picture her hanging on the doorknob or the car window extending out the visit for just one more minute. Her deep, abiding and absolutely unconditional love for her family shined brightly on us all and we will miss her so very much.

A special thanks to her hospice care team for their compassionate care.

A memorial service is planned for July 31, 10:00 am at K&L Mortuary in Three Forks. Flowers, cards, memorials may be sent there in care of: