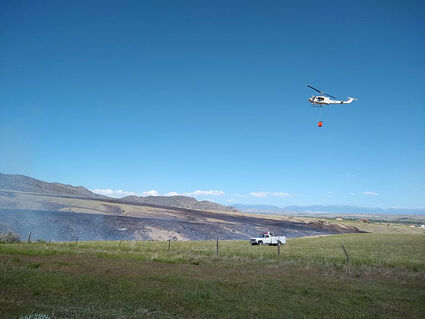 Local firefighters and Ambulance Personnel were honored last week for their quick response to June's Willow Creek Fire with a National Medal of Honor for Courage.

According to Ashley Galgerud of the Willow Creek Fire Department, on June 9, 2021, a fire started in the Highlands Subdivision just north of Willow Creek.

"It was estimated by DNRC that without the swift and skillful response by both Willow Creek Fire and Three Forks Fire, close to 50 homes would potentially have been lost, and the response was instrumental in gaining control of the fire," she said.

"Our fire department gratefully received these honors today, and we give a special thanks to the Three Forks Fire department for always having our backs. You are our brothers and sisters in service, and we are proud to have your backs as well," Ashley Galgerud said.

On June 9, Ashley and her brother Halfdan were the first to arrive on the scene of the fire that was first reported at 3:37 p.m. June 9 on the west side of U.S. Highway 287 and the north side of MT Hwy 2 in Jefferson County.

Ashley said upon arriving, they saw that the fire was down in a draw below the northern end of a subdivision and was already making its way up the opposite slope. With help from the second truck crewed by Jeremy and Camille Bjorndal, the Willow Creek Firefighters immediately engaged the attack.

"Between the two trucks, several hundred feet of hose line was pulled, and we engaged on foot as it was impossible to bring the trucks down into the draw. Meanwhile, on the north slope, several houses were threatened, and so oncoming trucks were directed to the north end of the fire to stage for structure protection and engage the fire as it made its way toward the top of the hill. The two brush trucks that remained on the south side of the fire knocked down the energy and stopped it from climbing up the south side of the hill to where the majority of the houses were threatened," Ashley said.

With the fire moving west, Ashley said an attempt was made to pinch the fire off before it headed up the northbound canyon, but due to changing, high winds, and topography, the attempt was unsuccessful, and so the trucks were ordered to re-stage and prioritize structure protection. 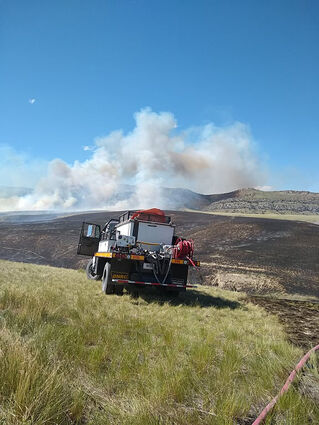 "Our concern was that as the fire gained momentum, there was a high possibility of it turning and back burning into the subdivision. As DNRC helicopters arrived in the late afternoon, several scouting parties were deployed to search for any access to engage the fire as it continued up the canyon, but it was concluded that the terrain was impassable, and ground crews would have to stage until conditions were safer before they would be able to engage," she said.

The fire was turned over to the DNRC and Forest Service at around 9 p.m., but Ashley reported the next day, several local firefighters voluntarily went back to the fire and staged with water supply.