Gallatin Valley 10U Baseball Team has Strong Showing at Regionals

EUGENE -- After winning state and earning a spot in the Pacific Northwest Cal Ripken Regional Championship, Gallatin Valley's 10U All Stars baseball team traveled to Eugene, Oregon. They had a strong showing, putting up two definitive wins the first day of play.

"It was a great opportunity for the kids to see the next level of baseball," said head coach Zak Tesoro.

The day before play began, the team had batting practice at a local facility and attended a Minor League baseball game between the Eugene Emeralds and the Hillsboro Hops, where they participated in the parade of champions.

The second day of play was tougher, and the boys competed well but did not make it to bracket play.  Of the two Montana teams, Gallatin Valley went 2-2 while Helena went 1-3.

"We came up short, but now we have a blueprint on what to do," said Tesoro.  "Hard work is what makes the difference, no matter where you are from."

If you do the math, Gallatin Valley is pulling players from a population of around 5,000-7,000 while the teams they played come from areas that have populations from about 30,000 to well over 170,000 or more.

Gallatin Valley President Phil Davis agreed. "We are very proud of these boys and the hard work that they and the coaches put in," he said. "I am excited for the future of Gallatin Valley Baseball!" 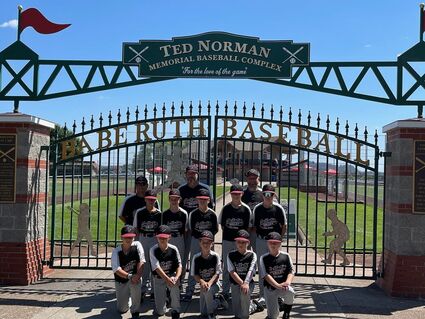 Without the overwhelming support of the local business, organizations, communities, and individuals (including a significant number of grandparents!), the trip would have not happened.

"I'm really proud of these boys and impressed with this community's support of their baseball endeavor," said assistant coach Brent Donnelly.  "They showed up in Oregon ready to play, won a few games and most importantly represented themselves, their families, their communities, and Montana very well."