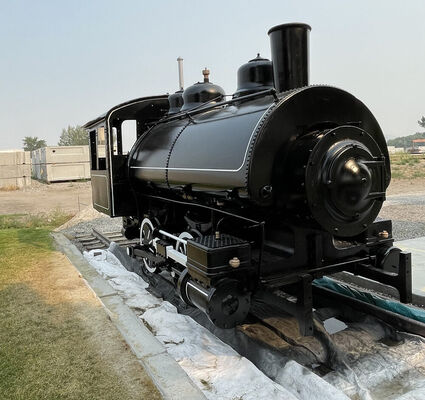 Painting is wrapping up on the steam engine at the Railroad and Trident Heritage Center. Voice photo by Jack H. Smith

If you would have told Gene Townsend in February that sandblasting, and painting would be taking place this summer on both the steam engine at the Railroad and Trident Heritage Center and the old Milwaukee Railroad Caboose – he might not have believed you.

A member of the Three Forks Area Historical Society, Townsend is thrilled that the work is well underway on both projects, with painting nearly complete on the steam engine and sandblasting started on the caboose.

"It is all starting to come together," he said.

Pinstriping was being finished up last week on the 1910 Vulcan Steam Locomot...