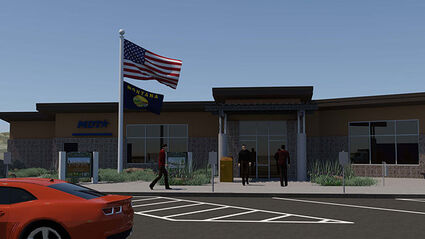 Pictured is a rendering of the Headwaters Rest Area.

The suit is asking the court to put a stop to the project alleging the MDT violated their Montana Constitutional rights by not providing notice and opportunity to be heard to the landowners, failed to host open meetings before the decision to relocate the facility from Bozeman to Broadwater County, did not comply with Montana law dealing with bidding, notice, and sale requirements for the sale of state land, and violated the Montana Administrative Procedures Act (MAPA) leading up to and including the decision to issue a contract for the site selection.

In April, the Montana Transportation Committee approved a design-build land swap to relocate the facility from 19th Avenue in Bozeman to land off of U.S. 287 in Broadwater County in Three Forks. The RFQ for the project stated in addition to procuring new property to relocate the existing rest area, the successful firm was required to design and construct a new single-unit rest area facility along and adjacent to I-90. The project team selected in April was the Montana Rest Area JV Partners (C.A. Rickert and Associates Inc./Diamond Construction Joint Venture) team.

Count one of the lawsuit asks the court to set aside the transportation committee decision alleging the MDT violated Article II, Section 8 of the Montana Constitution and State Statute 2-3-101.

Article II, Section 8 reads, "the public has the right to expect governmental agencies to afford such reasonable opportunity for citizen participation in the operation of the agencies prior to the final decision as may be provided by law."

The lawsuit states MDT failed to provide the landowners with a reasonable opportunity to participate in the decision about the land swap.

"The MDT made many Agency Decisions of significant interest to the public without providing notice and opportunity to be heard," states the suit.

Count two of the amended petition alleges the MDT violated Article II, Section 9 of the Montana Constitution and Statute 2-3-201 by not holding open meetings.

Article II, Section 9 (Right to Know) reads, "No person shall be deprived of the right to examine documents or to observe the deliberations of all public bodies or agencies of state government and its subdivisions, except in cases in which the demand of individual privacy clearly exceeds the merits of public disclosure." 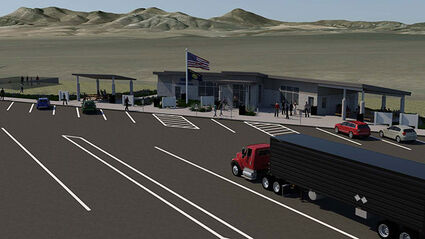 Count three of the suit asks the district court to set aside the MDT decision for violation of State Statue 77-2-301 (sales of state land under board control).

"The Bozeman Rest Area is owned by the State of Montana through the Montana Department of Transportation," states the suit. "MDT failed to comply with provisions of Montana law, including but not limited to the competitive bidding, notice and sale requirements for the sale of State Land when it agreed to sell the Bozeman Rest area to JV Partners."

Count four alleges the MDT violated the MAPA leading up to and including the decision.

In the final count of the lawsuit, landowners are asking for their attorney fees and costs to be covered.

The first four counts each ask the court to set aside the MDT decision.