Wolves band together to raise money at Roberts fundraiser 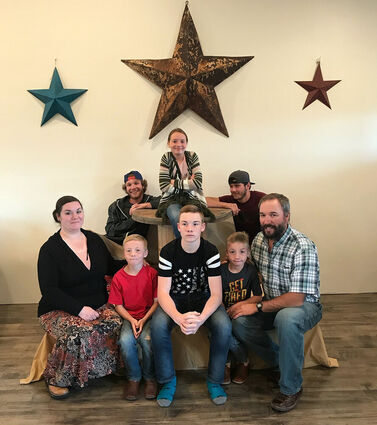 Just a few hours after a season-opening 43-6 win Friday over Roundup, the Three Forks High School football team quickly banded together once again for what was an even more significant victory for the weekend.

On Saturday, the Wolves showed up to take part and offer their labor services at an auction to raise money for Three Forks resident Ted Roberts, who is fighting bravely against Glioblastoma Multiform, one of the most aggressive human cancers.

According to fundraising organizer Jessica Ferguson, the team raised $14,000 for Roberts during the live auction. 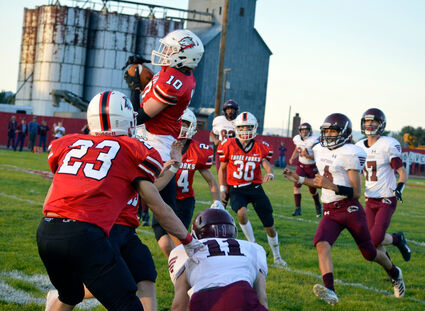 Walker Page (10) takes control of the ball in the 43-6 win over Roundup. A few hours later, Page and his teammates were on hand at a fundraiser where they helped raise $14,000.

"I'm super proud of these young gentlemen. Play a football game on Friday, then wake up to go help support the community. It's really special, they understand the situation, and they wanted to do everything they could to help," said Sullivan. "I was shocked we went for $14,000. That is a large chunk of money. We were additionally auctioned off for four hours, so I told the kids they better stay all day and get to work."

Senior Walker Page said it meant a lot the team came together for a few hours. He added they had fun, all while raising a bunch of money for a family for a community member that needs help.

"It gives us a sense of more than just a football team, it's really cool to see us be able to do something like this outside of football, and it goes to show what kind of kids we have on our team," Page said.

Ferguson was elated by the results of the fundraiser.

"The love and support that was shown at the benefit were very tangible, and there was an incredible feeling at the auction. It was a special experience for so many people. We had 51 live auction items sold and 50 silent auction items. In the end, there was a nice donation given to the family from the combined efforts of everyone who was there to bid and buy and donate," she said.