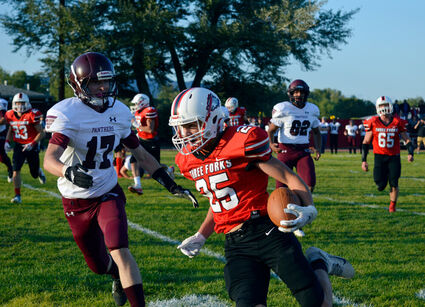 It was a phenomenal start to the season for the Three Forks High School football team.

The Wolves scored two touchdowns in each of the first three quarters on their way to a 43-6 win Friday night over visiting Roundup.

Following the game, Head Coach Connor Sullivan said it was the first home win for Three Forks since...