Saryna was accepted into the prestigious program last spring and attend the Summer 1 session, where she took an Introduction to Philosophy course.

According to BU Summer Team Program Manager Christina Ovalles, the program is open to exceptional rising juniors and seniors in high school.

"It typically enrolls about 100 students. This pre-college experience allows students to get out of their comfort zones, explore new subjects, and earn college credit while attending class alongside undergraduate students from BU and other colleges around the US and the world," Ovalles said.

Saryna has researched over 20 schools and liked what Boston University had to offer. Shortly after taking the ACT, she received college flyers and information almost every day in the mail, including a brochure about the Boston University program.

Saryna was initially hesitant to apply, worried it would stress her out too much.

"My mom (Kelly Smith) told me to think on it, and eventually, I decided that applying couldn't hurt anything," Saryna said. "Originally, the time estimate to get a decision was three weeks, and I got one back in a week-and-a-half. That was pretty cool and unexpected, so I was excited. I was giddy for the first time in a long time."

Ovalles said although the precise start date of the program is unknown, high school students have been enrolling in Boston University summer courses since the start of Summer Term, which was 1915.

Saryna described her class as laid back and not quite what she expected, but it still engaged her and made her think.

"Being exposed to the thought of actual college students and a professor at the top of his field was incredibly awesome. I was the only high school student in the class, and I think the professor didn't even know that until one of the program administrators asked how I was doing in the class. It gave my summer more meaning than just going to work," she said.

Once Saryna completed the class, she was thrilled with the results. 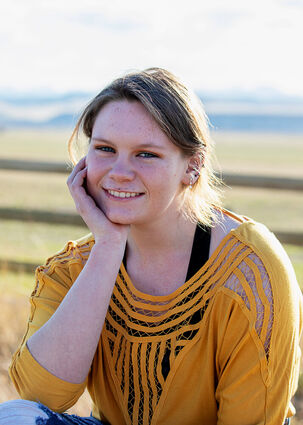 Being able to hold my own in a university-level course, I got a B+ on my paper and an A overall, which I am very proud of. I realized that, despite my worries about what I can or cannot do, I can at least get through a 100-level course and not be totally overwhelmed. Also, learning new ideas and perspectives gave me a new way to look at life itself," she said.

If all goes to plan, Smith will enroll at Boston University in the fall of 2022, where she plans to study history, concentrating on the ancient civilizations of Greece and Rome. Saryna also plans to minor in subjects like classic civilization, archeology, religion, and the history of art and architecture.

"The next step is to graduate at some point, and eventually, I want to end up on archeological sites over in Greece and Rome to study artifacts right from the original source," she said.