Toby was the firstborn of Shapleigh & Susan Howell in Mitchell, SD. He grew up in rural SD & attended high school in Yankton SD where he met Marion Dwelle, his cherished wife of 67 years who survives him. They attended dances at the Gurney warehouse to the live music of the Lawrence Welk Band. Toby worked as a brick tender & painter; attended Yankton college before enlisting in the Air Force in 1952.

In 1965 he & his family moved in their VW van to Bozeman. While working on his doctorate at MSU, he also enjoyed studying horse management, becoming a farrier, training & packing horses in the mountains with family & friends. He earned his PhD in physics in 1969-70. His research added to the body of knowledge in the field of nuclear magnetic resonance imaging which led to the advancement of current MRI technology. From 1970 - 1995 Toby taught astronomy & physics at the University of North Dakota. He served on the board of the National Science Foundation, was a research fellow at Case Western Reserve in Cleveland, OH; taught in the UND INMED program for graduating American Indian/Alaska Native Physicians, taught high school & college teachers & mentored many graduate students.

During these years he established the Lake Agassiz sailing society & served as it's first Commodore. He & Marion enjoyed sailing in MN & the Great Lakes w family & friends.

Toby retired from UND in 1995 as Professor Emeritus. He & Marion returned to the Gallatin Valley where he worked for 17 more years with his son's business, Westech Forms & Docs as warehouse inventory manager.

Despite his many & varied achievements, Toby was most known for his

great & authentic heart. Never a self-promoter, his curiosity & love of the natural world was marked by humility and reverence. Together with Marion, their love of people endeared them to a huge assortment of individuals. Their home & hearts were open to people at all stages of life's journey, who were always shown dignity & respect. To know Toby was a privilege; he believed in his fellow man no matter their situation in life & uplifted others to do better.

In the early morning of August 26, 2021, he breathed his last breath until Jesus Christ calls him. He was surrounded by his loving family. 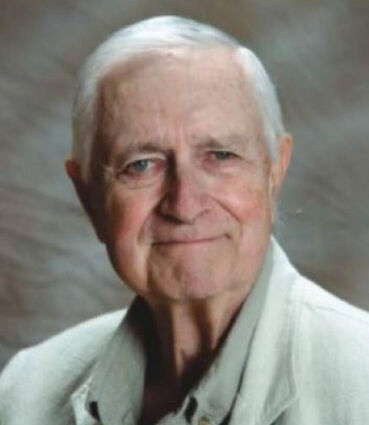