Gianforte budget director to step down after nine months 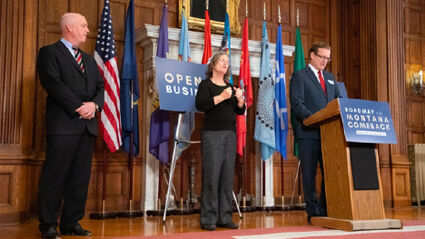 HELENA - State Budget Director Kurt Alme, Gov. Greg Gianforte's top fiscal adviser, will leave his position Oct. 1, less than a year after being named to one of the highest-profile roles in state government.

In a statement released by Gianforte's office Tuesday, Alme cited family considerations, specifically the strain of commuting to the state capital from his home in Billings. He will be replaced by Sen. Ryan Osmundson, R-Buffalo, a longtime lawmaker who has for years played a central role in crafting the state budget.

"I enjoyed working with the governor, the great team he assembled, and...