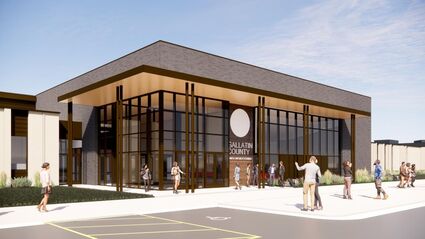 Pictured is an artist rendering of the proposed center.

In November, Gallatin County voters will decide on a $29 million bond that, if approved, would replace the current Law and Justice Center in Bozeman. Gallatin County Commissioner Zach Brown discussed the bond at last week's Three Forks Chamber of Commerce meeting.

"We're trying to ask the voters to partner with us on what I see as a completely essential project. I work for you all. I work for everybody in Gallatin County, and part of getting hired for this job is that I am responsible for 600 county employees and the taxpayers who have to go in and out of that building [Law and Justice Center] every day. The building is not safe, it is not acceptable, and we have to deal with it," Brown said.

After voters turned down to previous attempts to replace the center in 2016 and 2018, Brown said the Commission began plans for a third attempt after funding was secured for a fourth district court judge. Since 2006 Gallatin County has had three district court judges, and with a fourth, Brown said there is nowhere to put them. Brown and the Commission began to look at ways to utilize federal funding for the new center but could not use CARES Act funding.

A good portion of his presentation to the Chamber focused on what Brown described as critical flaws with the current building that was built in 1961 as a Catholic high school.

Brown expressed concern with the building being out of compliance with current structural codes, the lack of a fire supersession system, and rudimentary security measures with no secured separation between them and those accused of committing the crimes against them.

According to Brown, the new center is also needed because the current facility does not have enough courtrooms or administrative spaces. It has also caused a backup of both civil and criminal cases. 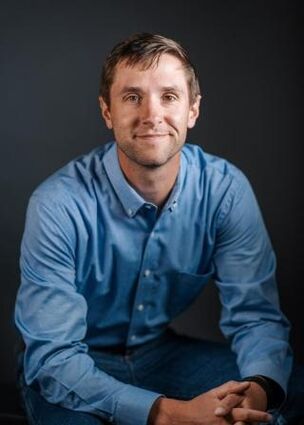 The new proposal no longer includes City of Bozeman services in the project.

Brown said if the Commission had the authority to finance this project differently, they would – but they do not have the legal authority to borrow more than $2 million without asking voters.