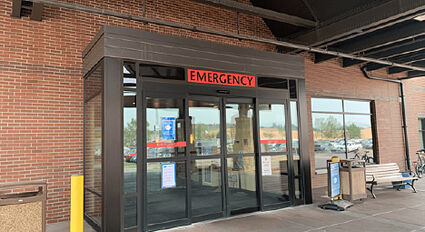 Bozeman Health, the dominant medical care provider in Montana's most rapidly growing region, has announced plans to develop a 12-bed adult inpatient psychiatric unit at Deaconess Hospital by 2023, responding to years of community pressure. The unit will be the first of its kind in Bozeman, and is expected to ease some strain on units in other towns that have struggled to meet patient demand.

The health care system's decision was made public after gaining the support of its board members in a meeting last week. The proposed unit is estimated to cost $7 million, with renovation and staff recruitment slated to begin in 2022.

The logistics of the plan presented to the board were developed by subcommittees made up of Bozeman Health's medical professionals and administrators. Dr. Anne Thomas, medical director of behavioral health, said the number of beds is based on the presumption that other preventative and outpatient mental health services in the Bozeman area will continue to grow and lighten the burden on inpatient care.

"We also looked at space, what we can do right now, because the emergency is now," Thomas said. "We need the beds now."

The decision to serve adults only was made in light of the fact that Shodair Children's Hospital in Helena is in the midst of a substantial expansion, Thomas said, and that adult psychiatric beds remain limited statewide. The unit will accept both geriatric and non-geriatric patients.

The news was celebrated by community activists who have long urged the hospital system to expand its investments in behavioral health by adding inpatient psychiatric care to its on-campus medical services.

"Many of us are grateful and inspired by this important decision made today to improve the lives of some of our most vulnerable community members," said community activist and former Bozeman Health family medicine physician Colette Kirchhoff in an emailed statement after the Friday announcement. "We are moving forward to provide healthcare that is long overdue in this community."

Key to developing the new unit at Deaconess Hospital is moving existing medical care beds to the facility's Bridger Tower from its Madison Wing, CEO John Hill said. The tower, opened last October, has two floors that will be able to accommodate the moved beds and provide floor space for up to 40 more medical beds in the future.

"We'll continue to build out those beds and recruit staff so that, in essence, we won't lose any medical beds during the remodel for the inpatient psychiatric unit," Hill said.

The psychiatric unit will be funded in part by two years' worth of savings the hospital system has set aside for psychiatric services, Hill said, "so we won't have to take a loan out." Once it's functional, the unit will not cap the number of beds available for Medicaid or uninsured patients, he added, in alignment with Bozeman Health's mission to provide care regardless of insurance status.

Thomas and Hill both acknowledged that recruiting and retaining qualified staff for the new unit will be a prominent hurdle. Montana's behavioral health services statewide are experiencing tremendous staffing challenges, fueled in part by what providers say are insufficient state reimbursement rates for treatment of Medicaid patients.

Many mental health care providers in the Bozeman area opt to work in private practice, where they can more easily manage their caseloads and hours, Thomas said, rather than working in crisis services or group care settings. She expressed hope that developing the new unit will attract a workforce that's dedicated to the inpatient model of care.

"What I am looking for is people who are drawn to serve a certain population who are acutely ill and in an inpatient setting," Thomas said. "And to be honest, we haven't done that here before ... we've never had a place for them to work."

Hill indicated that Bozeman Health will not be leaving recruitment and retention up to chance. In the weeks ahead, he said, the system will be announcing plans for "significant increases in compensation" to account for the increasingly high cost of living in the region, as well as strategies related to temporary and permanent workforce housing.

"Everything from child care to transportation and, frankly, doing everything we possibly can to ensure that our benefits are also highly effective in supporting our team," Hill said. "... We believe that that will not only help all of our employees, whether they work in the clinic or in the hospital setting or specifically working with our behavioral health population, making sure that we have a living and highly competitive wage is going to be at the foundation of the work that we do to retain the teams."

Ensuring the effectiveness of the unit depends on a complicated matrix of behavioral health and crisis services in Bozeman and the surrounding Gallatin Valley. Thomas, who described the overall care continuum as "pretty disjointed," stressed that preventative services in the area needed to improve to divert people from falling into crisis in the first place.

"The idea is to sort of coordinate and get that shored up so that there are more outpatient resources for people to tap into when they get to crisis, so that outpatient services are there to prevent people from, hopefully, getting into crisis," Thomas said. "But if they do, and they arrive in crisis, we have an inpatient unit here in Bozeman to [help] some people, too."

Hill did not directly indicate whether Bozeman Health has immediate plans to expand its own behavioral health services to strengthen other parts of the care system, echoing the point that an inpatient unit is one piece in a delicate puzzle.

"There are many other areas where Bozeman Health would be interested in either supporting an independent entity to really provide those services or, if the community, whether it be the commissioners or others, come in and say, you know, it'd be great for Bozeman Health to shore up another segment, we remain very active in those conversations, and open-minded about, perhaps, where Bozeman Health might be able to make a difference in the overall behavioral health continuum," Hill said.

For now, many mental health care advocates are expressing relief that a fraught local drama may be in the rearview mirror.

Gary Popiel, former state president of NAMI Montana, has spent more than five decades living and working in Bozeman. He became a self-described "thorn in John Hill's side" over his advocacy for a new inpatient psychiatric care unit, just as he had with the hospital's previous CEOs. The Sunday before the board members were scheduled to meet, Popiel placed a full-page ad in the Bozeman Daily Chronicle with the help of the local NAMI chapter.

Popiel called the hospital's decision "wonderful" and said he's now prepared to work as Hill's ally any way he can.

"Now that they've got it, I'll be patting them on the back all the way," he said. "It was a big hole that we had here for our services for people that were in crisis."