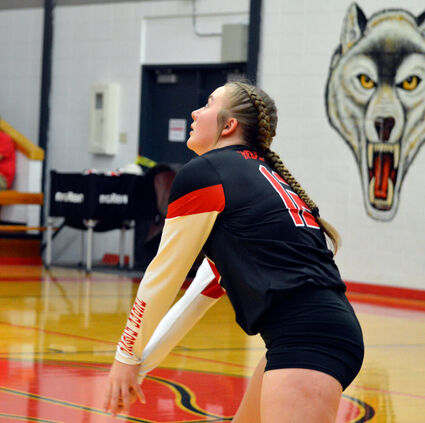 It was a fantastic week for the Three Forks High School volleyball team.

The Wolves picked up two victories, the first a five-set road win over Ennis, and wrapped up the week Saturday with a four-set win at Big Timber.

"It's always great to get on a winning streak. The girls are doing a great job of battling through adversity and not giving up. In both matches this week, we found ourselves down in the last sets and came back and won. So, we are starting to build some resiliency, which is something we will need heading into the postseason," Head Coach Shann Mack said.

"In the first two sets, we did an awesome job on serve receive, defense, and playing aggressive at the net. I loved our energy and our focus as a group in those first two sets," said Mack. " "Volleyball is such a huge momentum sport, and with us losing two sets back to back, it was a huge display of grit and perseverance by our girls. We were actually down 11-13 in the fifth and came back and one. So, a huge character-building match for us."

Three Forks once again came out strong Saturday in Big Timber, winning the first two sets 25-18 and 25-22. After losing the third set 16-25, the Wolves bounced back, winning the fourth set 25-23 to take home the conference victory.

"It was another total team effort, but I was really impressed with our sophomores, Cheyenne (Cavin) and Natalie (Pestel), in the front row this match. They both had some aggressive swings and then changed it up with some great tips," Mack said.

Three Forks will next play October 12 at home against Townsend and host Ennis on October 15.