Fire season 2021: Early to start, late to finish, and smoky in the middle

Almost a million Montana acres burned, and the state has spent $47 million on suppression efforts 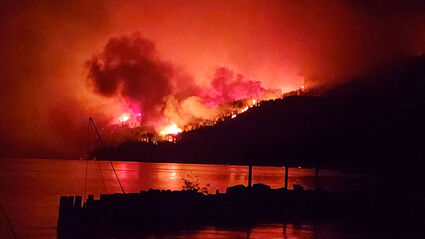 The state's first major winter storm dropped snow on parts of southern Montana early this week, signaling the final act of an active fire season that had prompted Gov. Greg Gianforte to issue a wildfire emergency declaration in July and mobilize hundreds of National Guard troops to assist in suppression efforts.

Nearly 940,000 acres have burned across the state this year, the highest tally since the record-setting 2017 season that prompted lawmakers to revisit their budget. Part of the season's intensity can be attributed to an expansive drought that stretched statewide and continues to ve...