"Broadwater County continues to grow at a rapid pace, and that brings increased demands upon our public safety every year. I will lead the Sheriff's Office to serve the public's needs in every corner of Broadwater County, every single day," Rauser said in his announcement. Rauser stated his three main goals as Sheriff will be to provide expanded law enforcement patrols in the northern and southern ends of the County, improve counter-drug investigations and enforcement, and connect law enforcement with younger community members to build trust with the next generation. He plans to release a more detailed plan later in the campaign.

Rauser is no stranger to Broadwater County and its law enforcement needs. He was born and raised in Townsend and graduated from Broadwater High School in 2004. He has a degree in criminal justice, and has worked every job in the Sheriff's Office from detention officer to patrol, Sergeant of Patrol, Detective, and now Captain. Nick and his wife Chelsea have three children, ages 15, 7, and 4. 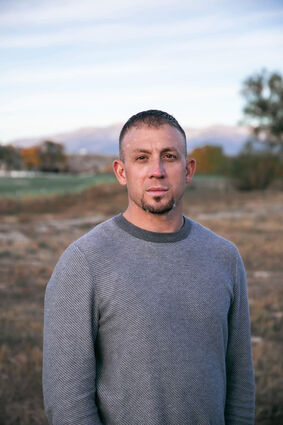 In addition to his experience at the Broadwater County Sheriff's Office, Nick also worked at Meagher County and Jefferson County. Rauser said working for other counties gave him a better perspective on how law enforcement agencies can help each other. But he jumped at the chance to return home when a position opened up here in 2017. As the third in command at the Sheriff's Office, Rauser runs the Detention Center, helps supervise major case investigations, and serves as a Deputy Coroner.

Rauser thanked retiring Sheriff Wynn Meehan for his dedication and leadership over a distinguished career, and for giving him an opportunity to work in his home town. "Sheriff Meehan has given a lot to all of us. When he announced he was retiring, Chelsea and I felt it was our time to step up to the challenge and give back to this agency and to our community. We would be honored to have your support."