Guy Miller, 83, long time resident of Belgrade, MT passed away Monday, Oct 11, 2021. He was born Nov 3, 1937 in Three Forks, MT to Newell and Edna Miller. He lived and attended Trident grade school thru grade 3, then moved to Willow Creek where he graduated as Valedictorian in 1955. He served on active duty in the US Navy aboard the aircraft carrier USS Intrepid, working as a mechanic on F9F-8 Cougar fighter jets from 1955 to 1957 when he was sent home to take care of his mother after the passing of his father. He was a reservist until honorably discharged in 1961. He worked for Bellach Plumbing in Three forks from 1957-65, and then worked at Montana Power and MSU from 1965-80. In 1980 he owned and ran his own plumbing business for 6 years, then returned to MT Power from 1986 until his retirement in 2002. Guy refereed High School and college basketball for 23 years and was inducted into the MOA Hall of Fame in 1992. He was named Belgrade Lions Club citizen of the year in 1978 for his work on community projects. He was very active in Little League baseball and touched the lives of hundreds of kids serving as an umpire, coach, and league president as well as helping to build several fields in the Belgrade complex, and has a field named after him. Guy was very active in the Masonic Lodge and is a Past Master of Belgrade AF & AM Lodge #68, Past Patron of Belgrade Order of Eastern Star #85, and a Bagdad Shriner and member of Livingston Scottish Rite. After returning home from the Navy in 1957, Guy met the love of his life, Lois Daems of Ennis, and they were married in 1959. Guy and Lois had 2 sons, Daniel Guy in 1963 and David Glenn in 1966. Guy and Lois loved to dance, and went to many barn dances together in Ennis, Three Forks, and Willow Creek through the years. He was an avid and active outdoorsman, and his passion was fly-fishing. He spent many hours fishing and guiding on the Madison River, but best loved the times he spent with his wife and sons fishing. That passion was also shared with his daughter-in-law Dawn after she and Dan were married in 1985. That passion was expanded to another generation when his grand daughters were born, giving him the opportunity to teach and spend even more time with his family fly-fishing. Guy is survived by his wife of 62 years Lois, now of Fort Benton, his sons Dan (Dawn) of Belt and David of Havre, and his grand-daughters Kaylee (Mark) Wetstein of Pocatello and Megan Miller of Belt. Services will be held on Saturday, Oct 23rd at 1 p.m. at The Bridge Church Gallatin Gateway location at 77000 Gallatin Rd. 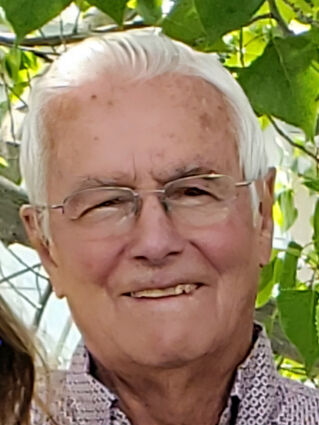 In lieu of flowers, donations may be made to Reach, INC in Bozeman, Eagle Mount of Bozeman, or Shriners Hospitals. There will be an additional time for fellowship immediately after services at the Masonic Hall in Belgrade.