The Shoppe Pastry and Coffehouse officially open for business 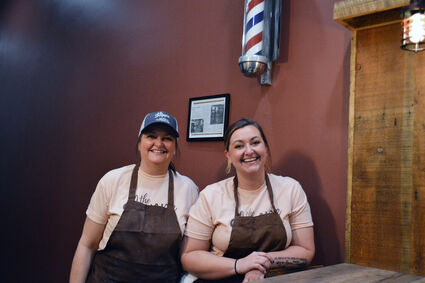 Pictured are The Shoppe Pastry and Coffeehouse owners Rikayla Bjorndal and Nancy Todd. The new business is located at 119 S. Main. Voice photo by Melissa Jenkins

The Shoppe Pastry and Coffeehouse is officially open for business in Three Forks.

The business located at 119 S. Main in downtown Three Forks opened its doors during last Friday's Christmas Stroll and will be open Monday to Saturday from 6 a.m. to 7 p.m.

During the limited opening last week, owners Rikayla Bjorndal and Nancy Todd discussed what has been a long journey to finally welcome customers.

According to Todd, starting this type of business has been a goal and dream for a long time that initially began when Rikayla was little. Todd had always baked cakes and other items throughout the years and thought about opening a business but said it was never the right time. After Todd's father retired after a long career as a barber, she said they were contemplating what to do with his building on Main Street and moved forward with their longtime vision.

"We thought at that time, it is now or never," Todd said.

Right away, the two had a clear vision of how they wanted to business to look, from the décor to the vibe they wanted to create. Construction on The Shoppe would start in September of 2020, and Todd said like any project, there were plenty of ups and downs, but they are finally able to open.

"I am so excited. I feel now that everything is done, we can just come to work and do our thing, do what we do, and not worry about construction," Todd said.

While under construction, Bjorndal said it was really important to create a cozy and comfortable environment. From the beginning, she wanted it to be a place the community could come together and allow neighbors to get back to being neighbors. 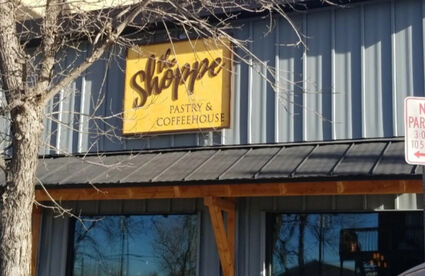 Todd said they have many items they will make and can also do special orders and stressed their baked goods, including donuts, are all made from scratch.

Along with the pastries and baked goods, Bjorndal said they worked hard to have an authentic coffeehouse with a traditional style of coffee. The Shoppe will soon also have a line of teas from a company from Big Timber.

Both Todd and Bjorndal were very appreciative of the support they received from residents as they made their dream a reality.

"We want to thank the entire community for their support. Everyone we were going into the café or someone saw us at the grocery store they were asking about The Shoppe. It helped us move forward knowing they were pulling for us," she said.