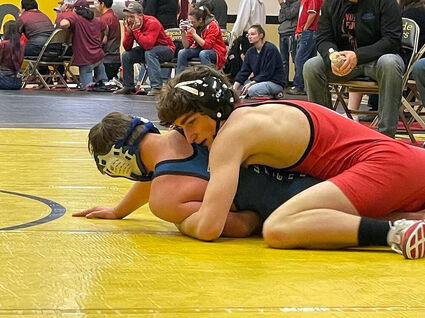 It was an impressive start to the 2021-22 season for the Three Forks High School wrestling team, with the Wolves taking home two individual champions and finishing fourth out of 19 teams at last week's Cascade Invitational.

Head Coach Nye Howey said his team dealt with some nerves their first time out, and they have some things to work on, but overall the team did pretty well.