The root cause of Montana's increasingly stifling housing market? Too few homes to go around, a researcher told a legislative committee studying the state's economic condition Monday.

"There is by any metric an enormous housing shortage in this state," Alex Horowitz of Pew Charitable Trusts said in a presentation to the Legislature's Financial Modernization & Risk Analysis Study committee. "There has been an increase in population that has outstripped the increase in homes."

The rub, Horowitz said, is that Montana's population increased by 10% between 2010 and 2020, according to U.S. census data, while the number of housing units in the state grew by only 7%.

That disparity, he added, comes amid a long-term trend toward smaller household sizes, meaning it would take more houses to shelter even an unchanging population. The average American household, he said, included 3.7 people in 1940 but only 2.6 in 2010 and 2.5 in 2020.

Montana's housing crunch is particularly pronounced in destination communities like Bozeman and Kalispell, but has spilled over to historically cooler markets like Billings and many of the state's rural communities. The crunch has been blamed at various points on remote workers driving up prices with their coastal salaries, Airbnb-style short-term rentals eating into rental supplies and rising building costs, but Horowitz's presentation fingered an even more basic explanation: the laws of supply and demand.

National data, he said, demonstrates a "mechanistic" relationship between how many homes are available and how much Americans end up compelled to pay for housing. When there are too few homes on the for-sale market relative to the number of would-be buyers, prices rise.

On the rental side of the market, low vacancy rates also produce inevitable rent increases, he added.

That trend has played out in most of Montana's urban areas in recent years, Horowitz said, citing data from real estate company Zillow. The inventory of homes available for sale has generally trended downward in places like Billings, Kalispell, Bozeman, Missoula and Helena, he said, and home values have risen quickly as a result.

"With inventory getting tighter in terms of the number of homes available in these markets for purchase, prices rise sharply in response, because this is a seller's market without enough inventory to keep up with the demand in it," he said.

Among the spillover effects of burdensome housing costs, Horowitz said, is an uptick in homelessness. He said research indicates that housing prices are a better statistical explanation for homelessness rates than drug use or mental health, which are often cited as causes.

"Rent-to-income ratios are a very strong indicator of homelessness," he said.

Horowitz and members of the committee, which includes lawmakers and other Montanans with economic expertise, discussed several potential policy responses to the state's housing challenges. Most were focused on adjusting zoning regulations that are seen as contributing to the housing shortage by making it harder and more expensive to build new housing units.

For example, Horowitz said, some states and cities around the nation are rethinking zoning regulations so it's easier to modify existing homes to house multiple households instead of one.

For example, converting a basement or garage into an "accessory dwelling unit" that can be rented separately from a primary home requires property owners to jump through complex regulatory hoops in many jurisdictions, even though ADUs are seen by many experts as a relatively cheap and minimally disruptive way to add additional housing units to existing neighborhoods.

Other places have reconsidered regulations like minimum lot sizes or parking requirements, which can drive up the cost of new construction. 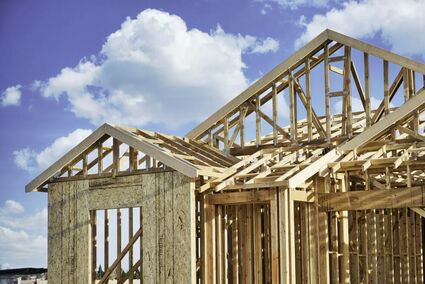 Two Montana cities, Bozeman and Whitefish, had inclusionary zoning programs on the books before such programs were banned by the Montana Legislature this year.

While it's difficult to make strong statistical conclusions about inclusionary zoning programs, which have varied widely, Horowitz said most have produced a relatively small number of homes relative to overall housing supplies.

"Most of the research has found that inclusionary zoning has had relatively little impact on the housing market overall," he said.