Lee, 68, passed away November 29, 2021, from lung cancer. He was born and raised in Montana. Like a true Montanan the path he chose was not always the easy way but his way.

Lee grew up in Three Forks where he was called to the woods and living life outdoors from an early age. He once hopped a train from Three Forks to Ringling and had to call his father to get him. It was a quiet ride home. He had a big heart for those less fortunate and often took meals prepared by his mother to hobo camps along the tracks. Lee was drawn to the hobos' stories and in time developed his own knack for storytelling.

Lee lived life on his terms and picked a path out into the world few had ventured. He tore down a Harley in his living room; he was sent through a 2x4 stacker leading to lifelong back problems; he was nearly struck and killed by a log while working as a choke setter for one day; and he built several miles of jack fence by himself.

Lee first married when 18. To this union were born a daughter, Jo Michelle, and a son, Jason. He earned his apprenticeship at the local meat market and processed wild game in his off hours to support his young family.

In 1976, Lee convinced two friends to float the Missouri from its headwaters to New Orleans. Within two weeks, Lee found himself alone yet continued to Pierre SD where he was called home to be with his dying mother.

While on this trip, Lee met his second wife. A son, Jasper, was born to this union. Lee moved his family to LA to work in the shipyards. This job proved far too restrictive for his maverick nature, so he went to work as a pyrotechnician setting up shows at Las Vegas, Disneyland, and rock concerts. But his love for Montana kept calling Lee home.

Lee answered the call and went back to his old ways, wintering in a teepee at Potosi Hot Springs. Circumstances eventually brought him back to living in his father's cabin in the Gallatin Canyon.

Not looking for love, it took Lee by surprise to then and there meet his third (and final) wife Natalie. While Lee liked to say the "third time's a charm," Natalie informed him "three strikes and you're out." To celebrate their union, Lee and Natalie traveled on horseback from Fishtail MT to South Park CO in primitive 1840s attire and gear. The trip took two months down. The couple married at a Mountain Man Rendezvous then rode home on horseback.

Lee worked as a finish carpenter in Big Sky while building his own cabin near Squaw Creek. He and Natalie lived there without running water for 25 years.

Lee was an instinctual hunter and connected with nature, whether it was an elk's bugle, a morel mushroom, a pheasant in flight, huckleberries, a spectacular buck, shed antlers, or watching chickadees at his feeder.

Lee had many chapters in his storied life. The last chapter taking place around his home and land outside of Gallatin Gateway. This is where he most loved to be. 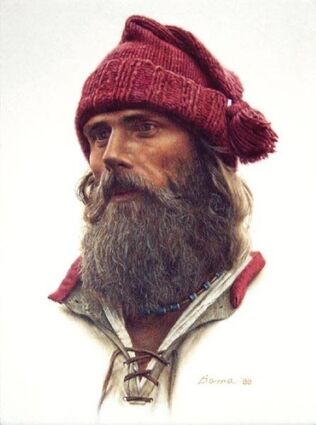 Lee is preceded in death by six German Shepherd dogs who accompanied him on many adventures over the years and an infant grandson. He is survived by his wife Natalie of 37 years, his older brother Jim (Diane) of Three Forks, his daughter, his sons, his grandchildren, his great grandchildren, his numerous nieces and nephews, and several dear friends.

Arrangements were by K & L Mortuaries, Inc. Three Forks Pastor Aaron Strietzel officiated a private service. Donations can be made to the "Lee Phillips Memorial Donation Fund" at First Security Bank or any Glacier Bank. All funds will be used for a memorial at the Headwaters State Park in his honor.

"If there are no dogs in Heaven, then when I die I want to go where they went."