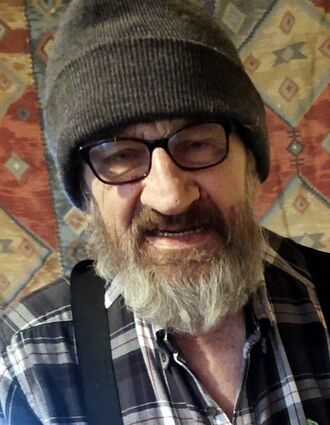 On December 5, 2021, Robert H. Young, 70, died of natural causes leaving a close circle of very valued and beloved friends in Livingston, as well as family, all of whom will always remember his very kind and gentle and very quiet nature. He will be greatly missed by anyone who knew him. Robert was born on July 14, 1951, in Bozeman, Montana, the third of four children born to Ronald W. and Iola (Kutchinske) Young. Most commonly called "Bobby" and later "Bob" by his family, he grew up on a farm at the foot of the Horseshoe Hills near Logan next to the Gallatin River, with two brothers and a sister; Dennis (Jamie), David, and Evelyn (Dennis) Pyburn, now all of Billings. When he got older Robert made it clear that he preferred to be called "Robert". He was proud of his name having been the namesake of both his grandfather, Hiram Young, and Hiram's brother, Robert Lee Young, who was killed in WWI. Robert attended grade school at Logan and high school in Willow Creek, where he played basketball and participated in track. He was a member of DeMolay in his youth and was later a member of the Freemasons at the Masonic Lodge in Manhattan. After graduating high school, he joined the Marines, inspired by his mother's brother, Walter, who was in the Marines and whose picture in uniform was always prominently displayed in the home. He served in the Marines from Sept. 27, 1971 to November 30, 1974. We discovered Robert was also strongly motivated to go into the military in order to be able to quit milking cows. Dad purchased a Grade B dairy near Willow Creek in 1965, at which time the family moved there, and all three boys were enlisted to milk cows, twice daily. They all hated it, and Robert's unexpected solution was to join the Marines. When Dad came to understand this, Dad said to Robert, "Well, we could have talked about it." But Robert was not much about talking. All his life he was a man of few words. Phone calls with Robert were very, very short. People who knew him well often didn't know much about him because he just didn't talk much about himself, although he loved listening to others and enjoyed their company very much. He was especially fond of Tanya Calhoon, who he trusted and depended upon in his later years. Also, important to him was Jeanette Tecca, who was a great friend and played a significant role in his life as a caretaker. Robert had an amazing memory. He remembered the dates of everyone's birthdays and anniversaries. And, about sports, all of which he loved following. He could rattle off any stat anyone could ask about. He very much enjoyed country music and most country singers, but he especially loved Loretta Lynn and could relate any detail about her that one could want to know. Robert loved food, especially sweet things, and especially KitKats. Robert was preceded in death by his parents, grandparents Hiram and Elsie Young, Lydia Kutchinske and Gust Kutchinske; sister-in-law Teri Young, wife of David, and great nephew, Callan Pyburn. He is survived by his siblings and their spouses; nephews Reid Pyburn (Shawna), Dain Pyburn (Jennifer), Scott Young (Kaitlin) all of Billings, and Tyler Young, New York, and by great nephews Drake Callan Pyburn, Owen Ronald Young and great niece, Makenna Lee Young. A funeral service for Robert will take place Wednesday, December 15th, 2021, at 11:00am at the Livingston Church of Christ, 919 W. Park, in Livingston. A light luncheon will follow the service at the church. A graveside service with Military Honors and Masonic Burial Rite will follow at 3:00pm at the Meadowview Cemetery, 7101 Meadow View Rd, Manhattan, Montana. Franzen-Davis Funeral Home and Crematory has been entrusted with arrangements. To view the tribute page or leave condolences, visit http://www.franzen-davis.com.