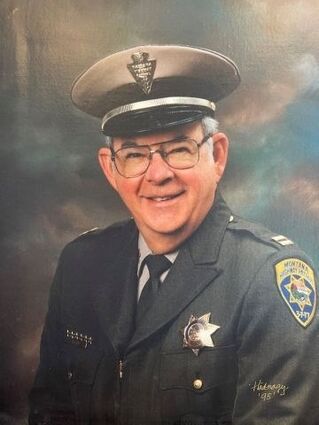 Michael Gardner Davis, age 86, passed away peacefully on Friday, November 26, 2021 at his daughter's home in Glendive surrounded by family. Cremation has taken place and a family graveside service will be held at a later date in Willow Creek, Montana. Silha Funeral Home of Glendive has been entrusted with the arrangements. Michael was born on September 11, 1935 in Richey, Montana to Charles and Mary (Gardner) Davis. As a young child the family moved to Indiana for a short time and later to Three Forks, Montana where Michael was raised and educated, graduating from Three Forks High School with the class of 1953. Following high school, he continued his education at the University of Montana before enlisting in the United States Army. Michael served for two years in the Army and another five years in the Army Reserves before he received his honorable discharge. He began his career with the Montana Highway Patrol in 1961, he was stationed in Circle, Glendive, Helena, Miles City and Butte before he retired in 1995 as a Captain. Michael was united in marriage to Dolly Lay on January 29, 1960 in Helena, this marriage later ended in divorce. In 1982 he married Dorothy Jones. She preceded him in death December 2019. Michael enjoyed hunting, fishing, and going to auctions. He loved spending time with his family and following his children and grandchildren in all of their activities and sporting events. Michael was a member of the Masonic Lodge and the Lions Club. He was also preceded in death by his parents; two daughters, Michelle and Susan; two sisters, Pat and Peggy. Michael is survived by his children, Debi (Steve) Johnson of Missoula, Linda (Shawn) Ward of Dillon, Jeanise (Patrick) Durnam of Bozeman, Patti Pettersen of Glendive and Michael Davis of Lewistown; grandchildren, Zachary and Seth Durnam, Whitney and Dustin Ward, Kelsey (Kyle) Ducharme, Jace Davis, Hadyn and Lexi Pettersen; four great grandchildren, Octavia, Ethan, Leah and Luxx; three step children, Debbie, Laurie, Ron and their families. Remembrances and condolences may be shared with the family at: http://www.silhafuneralhomes.com.