Three Forks fires on all cylinders in win over Whitehall 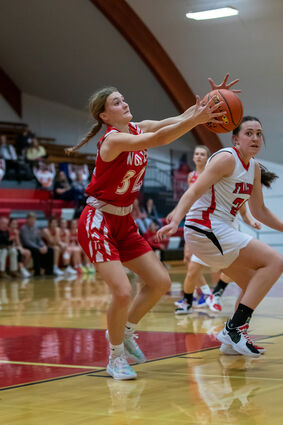 The Wolves jumped out of the gates early, taking an 18-5 lead at the end of the first quarter. Leading 27-12 at the half, Three Forks was dominant in the third, outscoring the Trojans 15-4 to take a 42-16 lead into the final quarter.

"It was a great confidence builder. We came out and did some good things," he said. 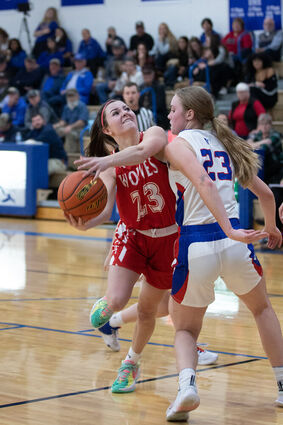 Ashlyn Swenson takes it strong to the basket against Big Timber. Photo by Trisha Jones Photography.

Sauvageau was happy with the number of players who were able to score, adding this was the first time in a couple of years they had four players in double figures. He added Woodland and Swenson have both been doing a great job scoring each night out.

The Wolves opened the week with a 40-30 loss Tuesday at Twin Bridges.

Three Forks will next play Tuesday at number one ranked Jefferson High School in Boulder and will not play again until January 7.

With the 2021 portion of the season complete, Sauvageau is happy that his team has been able to play a lot of players and said they would utilize the break to break down things they need to work on and fundamentals.