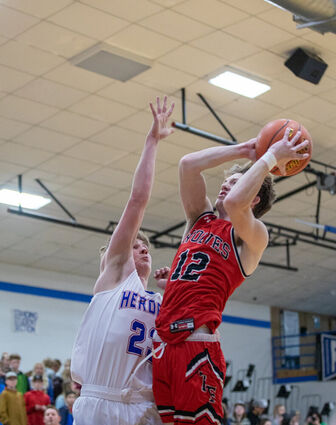 Owen Long is leading the 5-0 Wolves in scoring. Photo By Trisha Jones Photography.

Three Forks High School boys basketball coach Terry Hauser was ecstatic with the way his team played last week, especially on the defensive side of the court. The Wolves moved to 5-0 with a 74-46 Tuesday road win over Twin Bridges, a 64-27 road win Thursday at Big Timber, and a 71-25 Saturday home win over Whitehall. The three game average for points allowed was 33.

Along with his team's effort, Hauser also wanted to thank others involved with the program, including the sub-varsity players and coaches, girls team, managers, scorekeepers, and bus drivers, who he said are some of their biggest fans. He also thanked the teachers for being flexible with the busy week, and the support of the Three Forks community.

"It's just been a great start to the season," he said.

Three Forks came out of the gates strong in their home opener Saturday and led Whitehall 23 to 9 at the end of the first quarter and 37-9 at the half.

"It was a fun home opener. We had a great crowd," Hauser said. 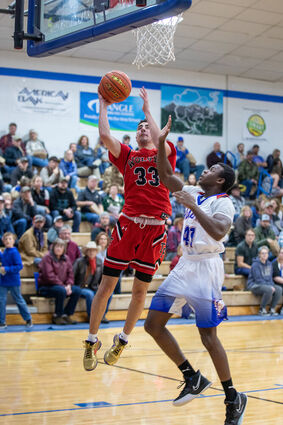 Owen Long and Finn Tesoro led the team with 14 points. Shane Williams finished with 13, and Austin Allen was also in double figures with 10 points. Collin Stone finished with six, and Mikey O'Dell had five.

In the conference opening win over Big Timber, Three Forks was led by Tesoro, who finished with 15.

The Wolves will wrap up the 2021 season with a road game Tuesday at Boulder.

"Plans for Boulder are the same as it's been all season. Keep improving and working on ourselves, not worrying about the opposing team, instead worrying about what we can control. Play hard, play smart and play together. We do those three things, and we will be just fine," Hauser said.