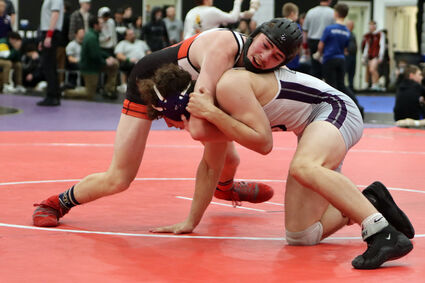 In their return from winter break, the Three Forks High School wrestling team again proved they are one of the best programs in the state at last week's Tom LeProwse Tournament in Bozeman. The Wolves had three wrestlers place at the tournament, which fielded some of the best competition from all classes in Montana.

Leading the way for Three Forks was Cole Rogers, who finished second at 103 pounds. Rogers opened the tournament with a pin in 42 seconds against Gage Hartnell of Great Falls. Rogers picked up a 15-1 majority decision over Baylor Burton of Huntley Project in the qua...