The city will use the final draft of the Growth Policy Plan to guide future development decisions.

"The Growth Policy is meant to inform and guide the City's land use decisions," the current draft states. "It is relied upon to reflect current conditions and to provide meaningful guidance into the future."

A crucial part of crafting this plan is community involvement. According to the City of Three Forks' Facebook page, Envision Three Forks will release one chapter each week. During this time, they invite the citizens of Three Forks to leave comments, suggestions, and revisions.

"We are asking for your input on this final phase of public outreach for Three Forks' newest master plan," the City of Three Forks posted to Facebook on Jan. 17.

At the time of writing, chapter one of the Three Forks Growth Policy Plan draft has received only eight comments. Citizens must submit all comments by Feb. 28.

The first chapter, entitled "The Setting," focuses on local history and current conditions explaining why a new Growth Policy Plan is necessary.

The final plan will be four chapters and more than 40 pages long. In the coming weeks, Envision Three Forks will release the following three chapters of the Growth Policy Plan: "The Vision," discussing outreach and opportunities; "Future Land Use," categorizing and explaining future land use maps; and "The Path Forward," detailing the strategies the city will use to reach its goals.

Envision Three Forks and the city have reached out for community involvement before releasing the first chapter. On Jan. 21, the City of Three Forks posted a short poll to their Facebook page.

Additionally, the city involved citizens in a public discussion concerning the new plan. During these initial conversations, citizens voiced that their main concerns were community, available housing, accessibility to transportation, and recreational opportunities.

Three Forks' drafting of a new Growth Policy Plan follows the recent adoption of the updated Gallatin County plan in Sept. 2021. Although the county has a new growth plan, it only covers areas outside city limits.

"While the County does not have land use jurisdiction in these areas (cities), it is important to note that growth policies should complement one another across jurisdictional lines," the county growth policy reads.

The city has many reasons to update the Growth Policy Plan. 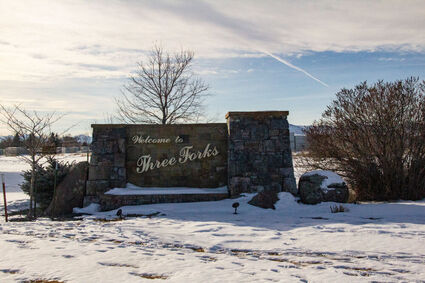 Between 2001 and 2019, the Gallatin County population increased 66%, according to the Three Forks Growth Policy Plan. Similarly, the average Three Forks home value increased 75%; however, average income increased half this amount. The city will use the new growth plan to identify areas for new housing to keep up with the rising demand.

Another pressing concern for future development is the Madison and Jefferson river floodplains. Much of Three Forks already sits within these floodplains. As the city expands, developers must take this geographic area into account. The city growth plan outlines possible methods to prevent any catastrophic flood damage.

Additionally, the city cannot develop any acreage within the 100-year floodway.

Other reasons necessitating an updated Growth Policy Plan include an inadequate water supply and recreational areas.