Martha was raised in western Kansas near Oakley during the dust bowl and depression years. She married Henry Poelman on February 21, 1944 when he was stationed at Walker Air Base in Kansas. After WWII they made their home in Manhattan, MT where they raised four children.

Martha enjoyed helping anybody in need including collecting clothes for the missions and caring for the altar furnishings at the Catholic mission in Manhattan. She loved gardening and canned most of the produce for the long winter months. She was also an excellent seamstress making all her children's clothing. Her friends were often gifted with many pieces of fine needlework. After their children were in school, Martha worked for the potato farmers in Gallatin Valley during the fall and winter months. 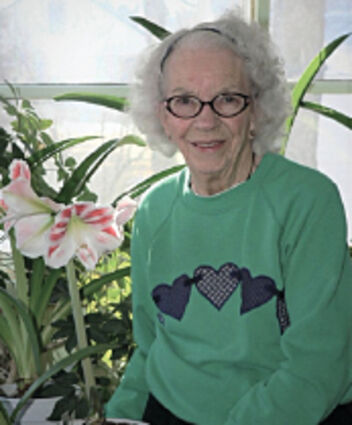 Martha was preceded in death by her husband, Henry, in 1979. He was 59 years old. She was also preceded in death by her parents, Anton and Anna Tholen, two brothers, one sister, and one son, Bernard. She was survived by her daughter, Connie (John) Yates of Lansing, KS., her sons, Dale (Betty) Poelman, and Anthony (Kathryn) Poelman both of Helena, MT., one sister, Gertrude Brown, one brother, Louis Tholen, 13 grandchildren, 19 great grandchildren, and several great-great grandchildren.

Arrangements are in the care of K & L Mortuaries, Three Forks, MT. Memorials may be made to St. Labre Indian School, P.O. Box 216, Ashland, MT 59004 or on their website.