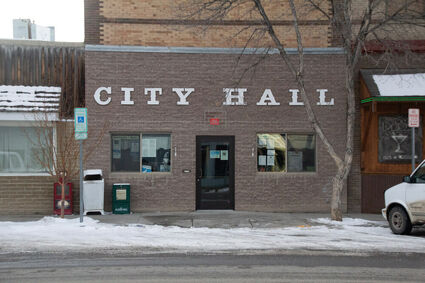 Dog license renewals can be picked up at City Hall. Voice photo by Eliza McLaughlin

Three Forks residents with dogs need to relicense their dogs before April 15, per city ordinance 6-4A-2.

Dog licenses cost $15 per dog and need renewal every year. Owners with four or more dogs must apply for a kennel license. The kennel license is an additional $50 annually on top of the individual dog licenses.

To license a dog, bring a copy of the animal(s)' rabies certificate and the proper payment to City Hall before the April 15 deadline.

There are no late fees for registering after the deadline; however, fines are applicable after the due date.

Three Forks licensing laws have been in effect since April 1910. Though the city council has amended the law over the last 132 years, the meaning and purpose have stayed the same.

The purpose of these licenses is to protect the local dog population from the spread of diseases, such as rabies, City Clerk Crystal Turner said in an email exchange.

The city also uses the list of licenses when a dog is running loose through town. When a dog is "running at large," the city calls all the owners with a licensed dog matching the description.

Turner says the owners of licensed dogs found on loose will receive a warning that the animal was running at large. However, the police will take unlicensed loose dogs to the Heart of the Valley.

In addition to paying fees at the pound, the owner may get a ticket for having an unlicensed dog and one for having a dog at large.