Gordon Russell Williams was born October 26, 1934, in Three Forks, Montana, to Lester and Beatrice Williams. On March 5, 2022, after a long and arduous battle with his health, he went to be with the Lord surrounded by those who loved him most: his wife of nearly 62 years and their children. His uncle Elwood gave him the nickname "Squirt," which stuck with him throughout his life. He was always known fondly as "Grandpa Squirt" by his grandchildren and great-grandchildren.

Gordon worked alongside his father on the family ranch as a young boy, where he learned to ride horses and work cattle. His passion for horses came from their utilization on the ranch and was instilled in him at a young age. However, tending to his cows remained his favorite ranch duty. After working his entire life on the family ranch, Gordon was left his portion by his father in the early 1960s and later ventured out on his own in 1970. This carried on the legacy of the original Williams Ranch, which was homesteaded in 1864. He continued to work alongside his five children, instilling in them the importance of a strong work ethic and taking pride in their work. As the years went on, you could find him out in the field with his mesh muscle shirts and hip-waders on, in one of his John Deere tractors, zipping around on his four-wheeler or driving around in his old Dodge pickup (which he wished was a Ford).

He attended elementary and high school at Willow Creek School and graduated in 1953. He desired to enlist in the military, but at the time, his needs on the family ranch were too great. He later enlisted in the Army Reserve, where he had the opportunity to travel outside of Montana to Yakima, Washington, and build an airstrip.

After meeting in High School and dating for a couple of years, Gordon and Barbara were married on April 23, 1960, at Holy Cross Catholic Church in Townsend and later welcomed their five children. Gordon's kids were his pride and joy. He faithfully attended every activity that his five children participated in growing up and that dedication to his family carried over into his grandchildren's activities. He was a mainstay at high school basketball games and closely followed the MSU Bobcat football team.

Gordon was admired by everyone that knew him for his grit, strong work ethic, and integrity. He was a Montana rancher through and through and continued working the ranch at the age of 87, up until his health would no longer allow it. His tenacity was something to be admired. His signature limp resulted from a significant injury to his foot nearly 25 years ago that he refused to have checked by a doctor. He never allowed an injury or sickness to slow him down and keep him from the ranch work that needed to be done. As tough as he was, Gordon was also one of the most generous and kind-hearted individuals. He never spoke ill of anyone and was always there to lend a helping hand. He had a strong Catholic faith, which stayed with him until the end. His strong faith and indomitable spirit inspired those around him, especially his loved ones. 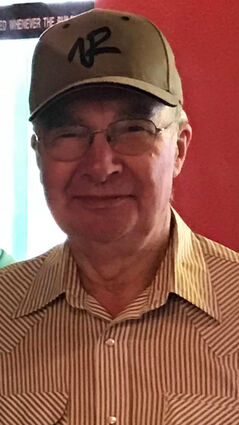 Services will be held Friday, March 11 @ 2 pm at Holy Family Church located in Three Forks. Burial to follow at Willow Creek Cemetery. If you feel inclined, please share any fond memories or stories of Gordon with his family. They would appreciate hearing how he impacted the lives of those around him.